FACT Rated is our series digging into the sounds and stories of the most vital breaking artists around right now. This week Jesse Bernard meets Brent Faiyaz, a 22-year-old R&B artist who sings his non-traditional lyrics with an impossibly expressive voice.

Where does a restless small-town talent with big dreams go to find what he’s looking for? Soul sophisticate Brent Faiyaz was 18 when he went searching for success among the palm trees and tail lights of Los Angeles. It wasn’t long before he found himself compelled to write about the place.

“My stomach growing but I’m fucking styling / spent my last 20 drunk and Uber riding,” he complains on ‘LA’, from his sublime debut album Sonder Son. Struggling in the city of Angels, though, is “better than being broke, bored and back at home,” he decides by the chorus. “It’s all about makin’ something that’s all in all bigger than anything I’ve ever known.”

“Leaving a place of comfort and deciding to explore a new aspect of life you haven’t seen can teach you a lot about yourself,” the singer tells FACT. Now 22-years-old, with a Grammy nomination to his name for the 2017 GoldLink collaboration ‘Crew’, the Maryland-born artist seems on the verge of something big indeed. Since its release late last year, Sonder Son has established Faiyaz as an cult-acclaimed new R&B talent with a near-impossibly expressive voice, whose lyrics explore more than the genre’s typical tales of heteronormative love. Songs like ‘Gang Over Luv’ and ‘Missing Out’ are love songs, but that romance is platonic love and love for oneself.

“I feel like anyone coming of age can relate to it because everything I’m talking about is real,” Faiyaz says of the album, which he recorded in the Dominican Republic. “In black music, people have marginalized us into making music about certain subjects. A lot of the things I talk about aren’t your traditional R&B dilemmas.” A good example is his track ‘First World Problemz/Nobody Cares’, on which he grapples with the poverty he witnessed in the Dominican Republic. “A death in designer (ain’t everything) / To live on an island (ain’t everything) / We keep on tryin’ (to have everything) / We’ll end up dyin’ (over anything),” he sings on its hook. 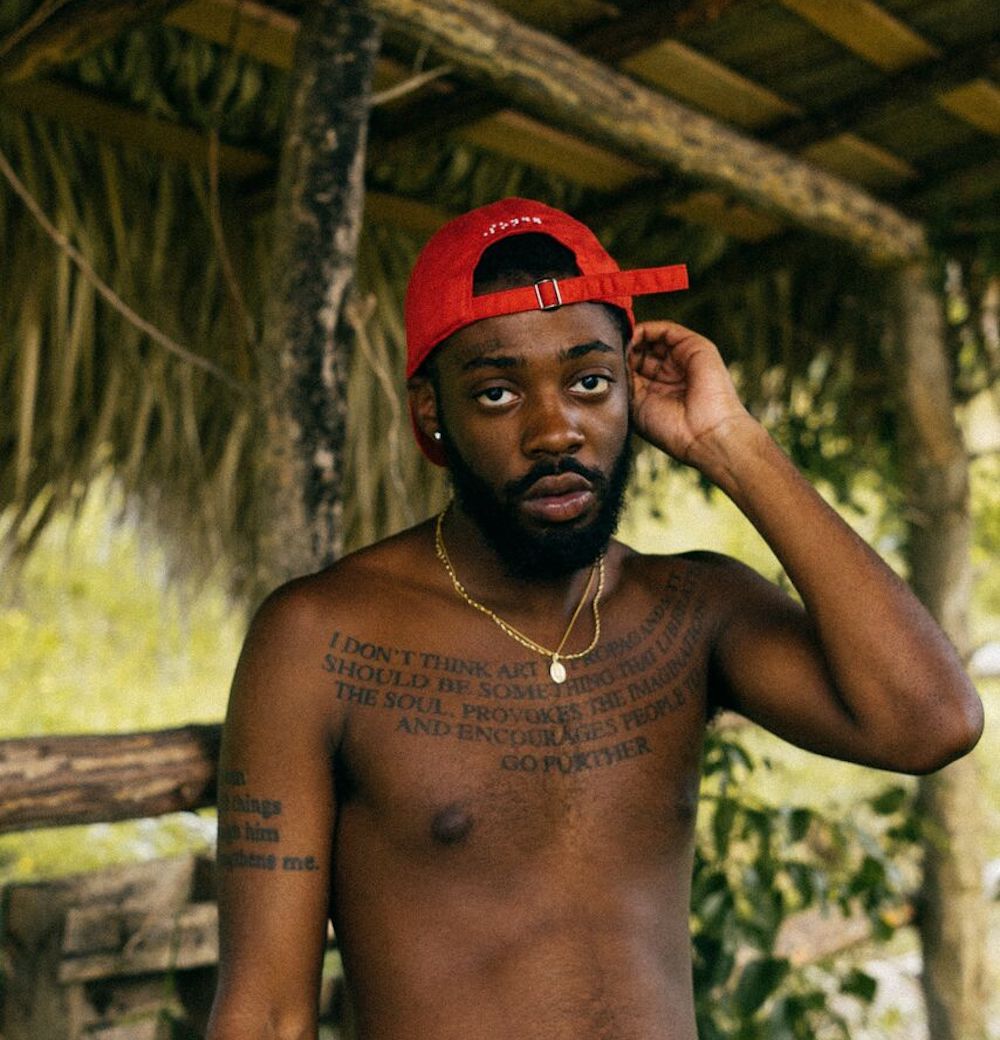 ““In black music, people have marginalized us into making music about certain subjects.”

Though lyrically his songs rebel against R&B traditions, musically Faiyaz has strong echoes of three 1990s masters of the genre. From the guitar-laced ‘Talk 2 U’ to his falsetto runs on ‘Stay Down’, his melodic tendencies fall somewhere between Donell Jones, 112 frontman Daron Jones and a certain former Fugee who remains his biggest influence. “It was Lauryn Hill who inspired me to start singing from early on,” Faiyaz explains.

It wasn’t always this way, though. Till not long ago, Faiyaz was, as he puts it, “on my rap shit.” It took honest advice from his manager to convince him to embrace the softer, sultry singing style that lights up Sonder Son and his 2016 EP, Paradox. “I think that’s what’s hitting people about me – a voice from the black male perspective that isn’t so overly aggressive and hasn’t been in R&B for a long time,” he claims. Like Sonder Son, Paradox was bound together with various skits, featuring conversations between Brent and his friends about women, dating, sex and love. It was juvenile, but there’s a maturity to Faiyaz’s work now, not only in how he speaks about women, but on how he views life and the world – on Sonder Son he’s far less cynical. “After leaving Maryland, a lot changed and that was just from being around new people and just having shit to do in general. Being from Columbia, people just sling dope and I wanted more than that for myself,” he explains.

Faiyaz’ story is just getting started. “I still have a lot more to say and talk about. Folks have only heard the journey so far but there’s a lot more,” says the artist, who also runs a self-funded record label, Lost Kids LLC. All his success so far has been of his own making – Sonder Son was released independently, and its impact has sparked attention from major labels, who continue to court the 22-year-old. Having just wrapped up a tour of Europe, with his mind already on future material and a determination to further invest in and build Lost Kids LLC, it’s unlikely that LA will be Faiyaz’ final destination.

Jesse Bernard is freelance writer. Find him on Twitter.