FACT Rated is our series digging into the sounds and stories of the most vital breaking artists around right now. This week, John Twells talks to Paper Dollhouse, the UK duo who fuse subtle dream pop with ambient textures and field recordings.

Each of Paper Dollhouse’s three albums opens with a short, wordless vignette. The duo’s debut, 2012’s understated A Box Painted Black, crackles to life with the hushed chimes of ‘Music Box’; ‘Oracle’ uncorks 2015’s Aeonflower with a chorus of woozy synthesizer melodies; and on this year’s The Sky Looks Different Here, ‘Ayvt’ ushers us into a perfectly pre-formed milieu as a peaceful hum of crickets is gently disrupted by reverberating electronics and cooing voices.

Londoner Astrud Steehouder established the project in 2010 as a solo venture to explore a growing interest in “electronic stuff”, picking the Paper Dollhouse moniker as a tribute to cult 1988 Brit horror Paperhouse. At the time, she was fronting psychedelic rock trio Rayographs, playing guitar and singing. “I started doing stuff with 4-track in my bedroom,” she explains. “Then I moved across into GarageBand. It was around this time that Nina and I were spending a lot of time together.”

Nina Bosnic is a multimedia artist (keen music nerds might have spotted her imagery on Liberez’s The Letter) and as pictures led to discussion and discussion led to collaboration, she became a full-time part of Paper Dollhouse. “For [Aeonflower], we were working in a much more collaborative way,” says Steehouder. “Going to the studio or working at each other’s houses and developing each other’s ideas. But that was when Nina was in London.” 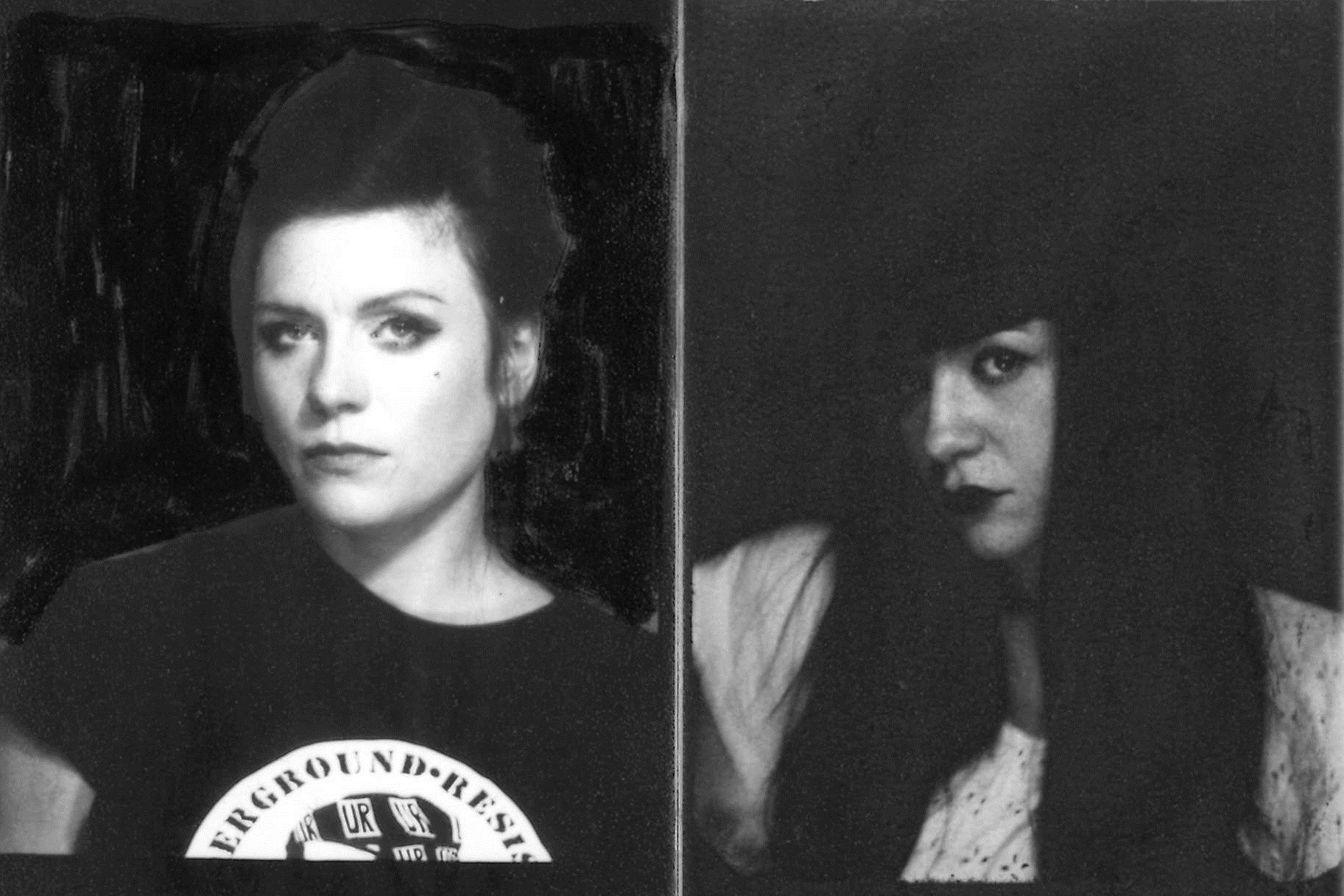 “I think we intended it to be more poppy than it ended being”Nina Bosnic, Paper Dollhouse

Tired of the unrelenting grind of city living, Bosnic decamped to the Suffolk coast when the duo were in the planning stages of The Sky Looks Different Here. “I come from a fairly small town in Bosnia, the kind of place where everyone knows each other and knows each other’s business,” she explains in the same mindful English that whispers fragments of feminist author Angela Carter’s biography on ‘Nothing Sacred’. “I never really loved London because we came in such sad and bad circumstances, but I did love the way it was so big and that you could just do your own thing and not be noticed. To not feel like you’re being judged or looked at.”

Over time though, Bosnic found it harder to reconcile her past and present and dreamt of change. “Every time I went back to Bosnia, I just felt like a huge light was on me because I wasn’t from there any more,” she laments. “I think it’s just a lot better now that I’m not in the city any more, it’s a healthier way of life.” The move had a stark influence on Paper Dollhouse, shifting their collaboration into a different gear and challenging the duo to develop a new way of working together. “I was recording things here,” says Bosnic. “Just collecting sounds from the house and the area where I live. Astrud would normally develop something else, like a bit of music or something, and then things kind of came together.”

These “severely engineered” field recordings form an opaque layer beneath the album’s Cocteau Twins-influenced ethereal hum. On ‘Green Pool’, a rushing stream cuts through a synthesized peal as birds chirp overhead, while ‘4 Moons’ revs to life with echoing mechanical clanks and creaks. Each texture is subtly shaped to breathe freely alongside more conventional elements; it’s not strictly ambient music by any means, but Paper Dollhouse’s more familiar elements have been mostly painted out this time around.

“I think we intended it to be more poppy than it ended being,” says Bosnic. “Then I moved to Suffolk and it just developed into something else.”

“The first record was consciously written almost like a folk record” adds Steehouder. “It was very lyric-based. The next record wasn’t as much like that, we stripped it back. And this record is very different, it’s almost got no lyrics. Well, the lyrics are not provided by me.”

Another difference was the inclusion of a producer: Old Apparatus’s Asher Levitas. “We got some funding from PRS, from the Women Make Music fund, and we thought it would be a good opportunity to expand the project a bit,” explains Steehouder. “I would go to Suffolk for the weekend and Nina and I would do some home recording, and then other weekends I’d go into the studio with Asher and it would be a completely different process. How we divided the process was completely different, the surroundings were completely different. I think that was an integral thing in the making of the record.”

The end result is a delightfully coherent patchwork of sounds, voices and half-heard melodies. There are songs, just about, but mood is key. When everything coalesces on ‘Pearl’s Theme’ – the closest The Sky Looks Different Here has to a lead single – it feels like a necessary release of breath as cavernous electronic percussion thrums against Steehouder’s smudged vocals. “There’s a lot of abstraction and there’s not that many lyrics, so when they appear they hit you,” says Steehouder. “But now I think maybe it’s time to get the voice back and use it in a more traditional way.”

Paper Dollhouse will be performing in London at the Barbican Hall on April 6 with Carl Craig Synthesizer Ensemble.

John Twells is FACT’s Managing Editor. Find him on Twitter.