As one half of Darkthrone, Gylve Fenris Nagell, better known simply as Fenriz, is a towering figure in the world of extreme music. His long-running outfit – who released their 16th album this year – were an integral part of Norway’s black metal scene as it gained international infamy in the early ’90s, and the band released some of the most influential documents of the genre: 1994’s Transilvanian Hunger, with its stark black-and-white cover of a corpse-painted Fenriz caught in an agonised, ecstatic scream, remains definitive.

Aside from the primitivist purism of Darkthrone, Fenriz has also made folk metal as Isengard and dark ambient as Neptune Towers, but his taste extends far beyond the doom-laden. Take a closer look at his swathes of tattoos and you’ll spot the curvy lines of the Plastikman symbol and a labyrinth taken from the logo of Chicago house label Guidance, while his SoundCloud account is packed with mixes that give an insight into the collection he’s been building since he kindled a love of house and techno in the early ‘90s.

Last month the internet was amused to discover that Fenriz had been unwillingly elected as a town councillor in his Oslo suburb of Kolbotn. “I’m a pillar of my community,” he noted drily. We thought we’d offer him some light relief from his schedule of public service and invite him to record a FACT mix for October 31. To our dark delight, he found time between his day job, town council meetings, doting on his cat Nugatti and being an imperious lord of darkness to record this session of brutal, beautiful techno from his vast collection.

“What I am presenting to you here are some of my first important discoveries in these genres and then some milestones spread out over a decade and a half,” he explains, “but most of them are from the ’90s. I couldn’t beat-mix all of them, of course, because when choosing faves you choose the tracks and not mixability.”

You can read Fenriz’s short essay about the mix below. Happy Halloween! 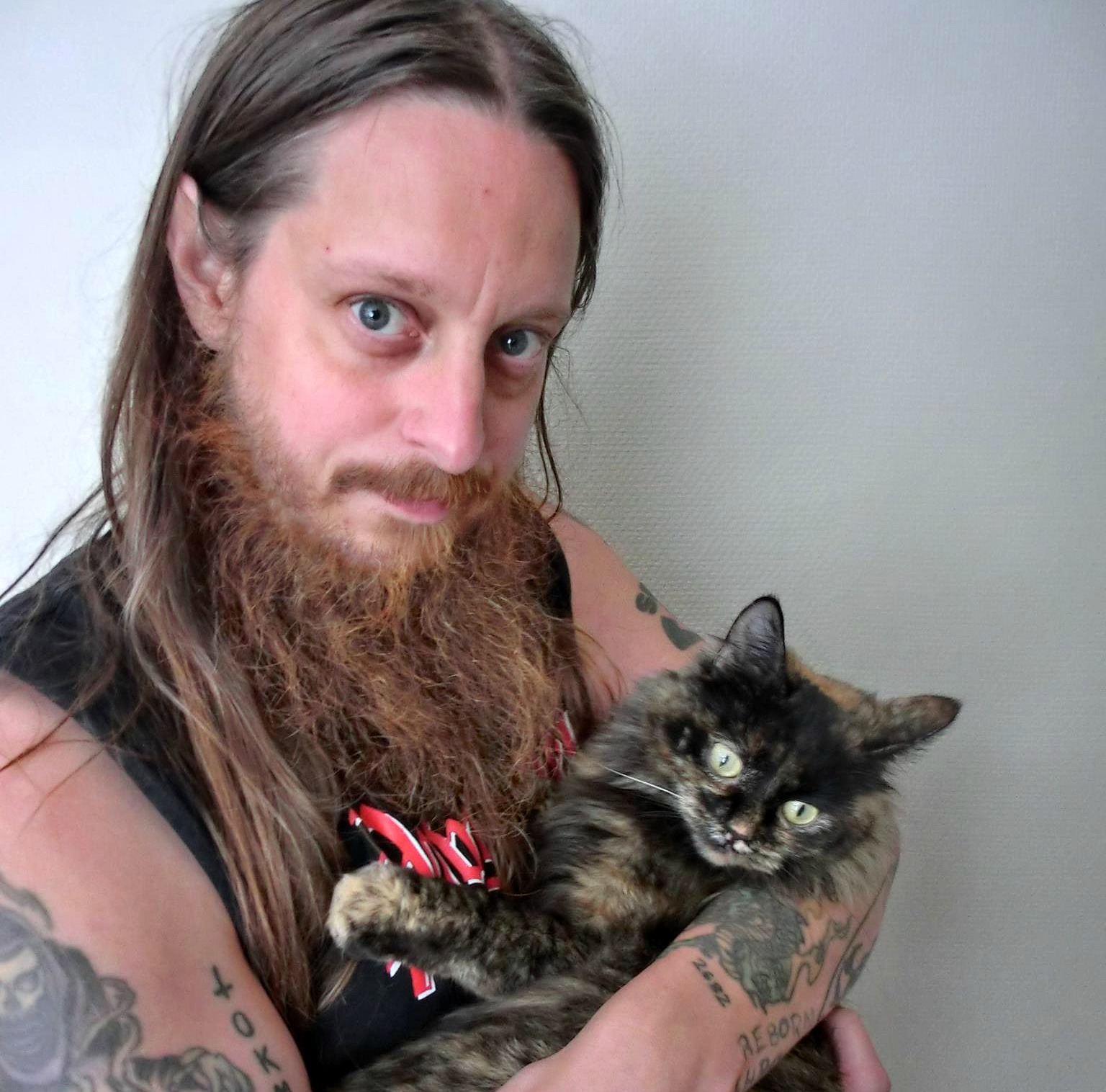 “I was born and raised on hard rock and heavy [metal], and when I decided to start playing that style myself I noticed that when I knew how it was played and made and put together it lost some of its magic. So when I discovered house, techno, etc. in 1992 I vowed to not start making it myself – I would not lose the magic. And to this day I haven’t got a faintest clue how to make or program the styles. Instead I would buy albums like a maniac. In 1994, 1995, I thought to myself, well, I have to do SOMETHING with this music because it is obviously going to be a life-long love of mine. So in 1995 I bought some shitty belt-driven decks and a mixer and started going at it.

“What I am presenting to you here are some of my first important discoveries in these genres and then some milestones spread out over a decade and a half, but most of them are from the ’90s. I couldn’t beat-mix all of them, of course, because when choosing faves you choose the tracks and not mixability. The unknown track really is that – it’s a blue-ish marbled vinyl with absolutely nothing scratched into it, but the style is absolutely what I went into this music for in the first place. The Martian 12” I bought in late 1992 I think, and it’s been with me ever since. For a more recent discovery with yet another spaced out track (spaced out was the key element to sign into house/techno/trance, and I would gradually emphasize deepness and funk/dirty house) by Nubian Mindz called ‘Red Sky’, very much up my alley.

“The mixed part starts with a track by Patrick Lindsey, and the point here is to pitch it down a lot so you get the house vibes out of it. [It’s a] very dark track, so pitching down is essential to emphasize the little funk it has, like pressing water out of a stone. I then continue with a track I never tire of. A friend brought it over to one of our private parties [around] 1996-98, and I ended up lending it from him and taped it at normal speed, -2, -4, -6 and -8 pitch. I still have the tape. I bought the vinyl finally on Discogs and the deepness and funk of this track made me – and still makes me – religious about it all.

“I finish off the beat-mixed part with an old 1995 classic (‘Entangled’), pitched down enormously again, but you can hear the housey clap coming in and the track in itself is very introvert. I think you sort of have to like deeper techno/house to really enjoy these three mixed tracks. In our private parties we were not satisfied with the BPMs of techno – we always pitched down the techno we had to try to fit it with the house tracks we played. We probably weren’t the only people annoyed about this separation of styles by BPM, but we wanted it to merge there and then. I mean, those styles kinda merged a little from 2004 and onwards, but we wanted that BACK THEN. The final track is from an EP I got sent from a French music expert in 2007, absolutely marvellously organic-sounding electro from the much sought-after artist E.R.P..

“What I find most fantastic about deeper house/techno is that many details in many songs bring back childhood and adolescent memories EVEN THOUGH THE SONGS ARE BRAND NEW, and it has been this way for at least the last 20 years. Normally when music gives you flashbacks it’s because you heard it when you were young. So I never understood why this happens, but it is much adored when I get visions from my past by yet another new house/techno track.”