London’s We Are FSTVL event has announced the line-up for its fifth anniversary year, which features Basement Jaxx, Wiley and Armand Van Helden.

Other big names from across the house and techno spectrum scheduled to appear include Carl Cox, Loco Dice, Solomun, Sven Väth, Marco Carola, Eats Everything and Julio Bashmore.

2017 is the first year the festival has run a campsite for guests. Tickets can be purchased from the We Are FSTVL website for the full weekend with camping, or as daily tickets without camping. 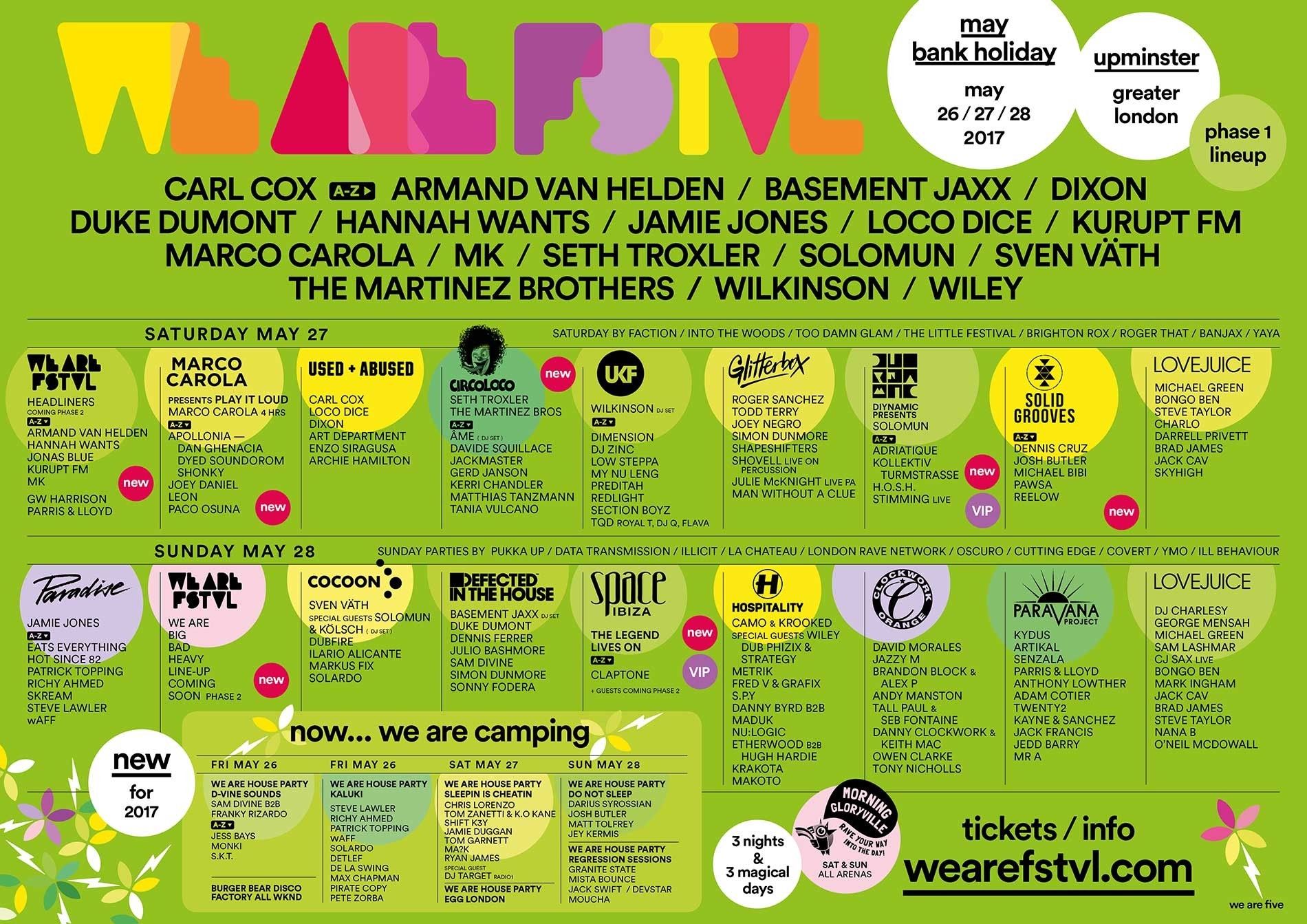