Rapper rebooted: How Jonwayne found his way back to music

Following a self-imposed exile from music to confront his demons, LA producer and rapper Jonwayne is back with his most purposeful material yet. Ahead of Rap Album Two, out on Authors this Friday, Laurent Fintoni meets a rapper rebooted.

A lot has changed for Jonwayne in the past few years. In December, the rapper and producer — real name Jonathan Wayne — shared a letter on social media revealing how his addiction and phobias led him to drop out of a European tour in May 2014 and reassess his priorities. “Dangerously overweight, drunk every night, anxiety ridden, I was a black plague of a vessel and my brain was a descending spiral staircase of morbid tendencies. I promptly removed myself from the community and went into exile,” he explained in the typewritten note. “All which I’ve spent my entire adult life building seemingly came crashing down on me.”

But the letter was also hopeful, announcing a new album, a follow up to his 2013 debut for Stones Throw, born of these same struggles. Music had brought Wayne to the precipice and music had led him away from it. Rap Album Two is Wayne’s third album, his second as a rapper, and the first he is “wholly proud of,” he says. The album balances intricate production and rich lyricism with personal insights and affect. It’s a confirmation that Jonwayne — still in his 20s — remains one of the most promising singular forces in rap today. 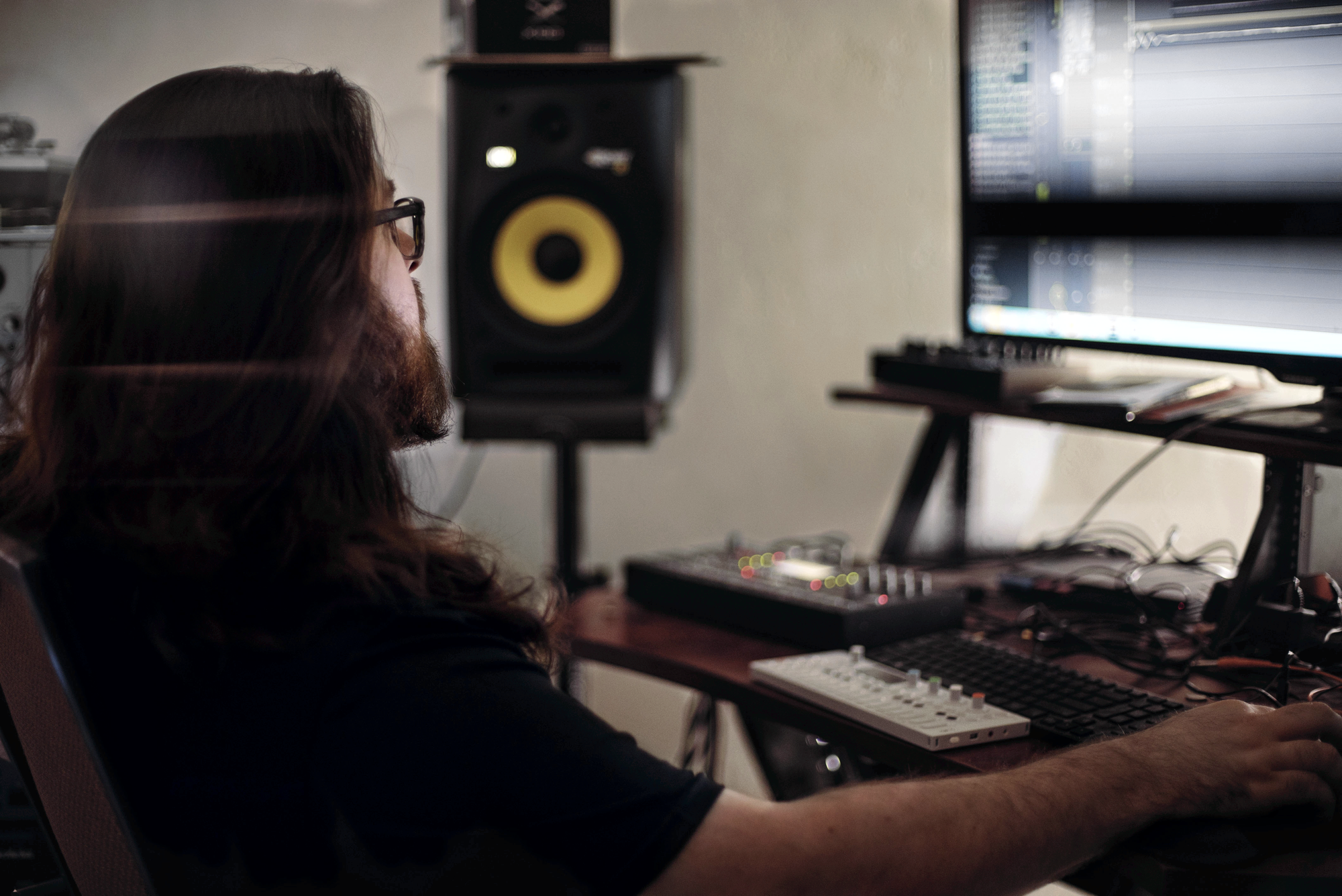 “The misconception we have of being alone isn’t true, we just all feel alone together”

When I call Wayne at his home in La Habra in late January, he’s busy with some winter cleaning and an afternoon’s worth of phone interviews. Before we start he kindly tells me he’d rather keep the conversation to the music. He doesn’t trust editors to not sensationalize his story following his public letter (a headline in a local newspaper already proved him right) and he is preparing a book-length version of an interview with a local writer which will lay out his story in detail, from his childhood days to what happened these past few years.

Resuming work behind closed doors in 2015, Wayne says he had no plans to write a new album. In the spring of that year he quietly launched his own Authors label with the Jonwayne Is Retired EP. That’s the point where the music forced his hand. “I began recording material after the Jonwayne Is Retired sessions with the intention to make another EP and announce the [Authors] label,” he explains. “But once I started seeing a unified thread though the songs I realized, ‘OK, it’s album time.’”

None of the material that triggered this realization ended up on the new record. Instead, Wayne recorded a few albums’ worth of music from which he shaped Rap Album Two. He recalls the process as being “arduous and difficult,” but the challenge forced him to rise to the occasion – it was a catalyst, as he puts it in the letter, which allowed him to achieve a vision for the album he hadn’t thought possible.

In 2016, Wayne released a series of four singles via Authors — each packaged behind simple text-based artwork with a main, radio, instrumental, and a cappella version — but they were intended simply as a way to let his audience know he was back, and so don’t appear on the album. As for the two songs released ahead of the record — ‘Out Of Sight’ and ‘TED Talk’ — these are necessities of the industry game more than anything else.

“I never liked singles being released too far ahead of a record. Once the record dropped you’d heard half the songs. It’s like I’m punished for being a fan,” Wayne observes of the industry standards. This awkward relationship to the concept of the single is touched on in ‘The Single’, a minute and a half skit about halfway through the album that captures Wayne trying to record a song obviously intended as a marketing tool before giving up and moving on. “It’s a meta commentary on the placing of singles in the middle of an otherwise coherent album at the request of a label, manager, whoever,” Wayne explains. He tried to remove it but realized the album no longer felt right. “This is a record where everything has a purpose.”

Where Wayne’s previous albums bore marks of youthful experimentation, he sees Rap Album Two as a unified statement. “I never felt out of control,” he assures. “What happened was a manifestation of my intent.” There’s a clear attention to detail in how the narrative unfolds over the 12 tracks, like a “sonic movie”. From the braggadocio of opener ‘TED Talk’ through to the poignant autobiographical closer ‘These Words Are Everything’, there’s a gradual slide towards somber realization and admission as we follow the rapper’s inner battles and eventual journey towards the light. As Wayne says, “each song benefits from what came before it.”

The movie analogy also extends beyond the narrative and lyrics to the various cinematic tricks — Foley recordings, transitions — used to guide the listener along. We hear Wayne walk away from a Radio Shack employee, who asks him to spit a verse for his girlfriend on ‘LIVE From The Fuck You’, and his steps lead us out of the venue and into the street where the sounds of cars driving by blend into the filtered introductory notes of ‘Human Condition’. “When I sit down to make an album the intention is for people to listen to it beginning to end, and not skip around,” Wayne explains. 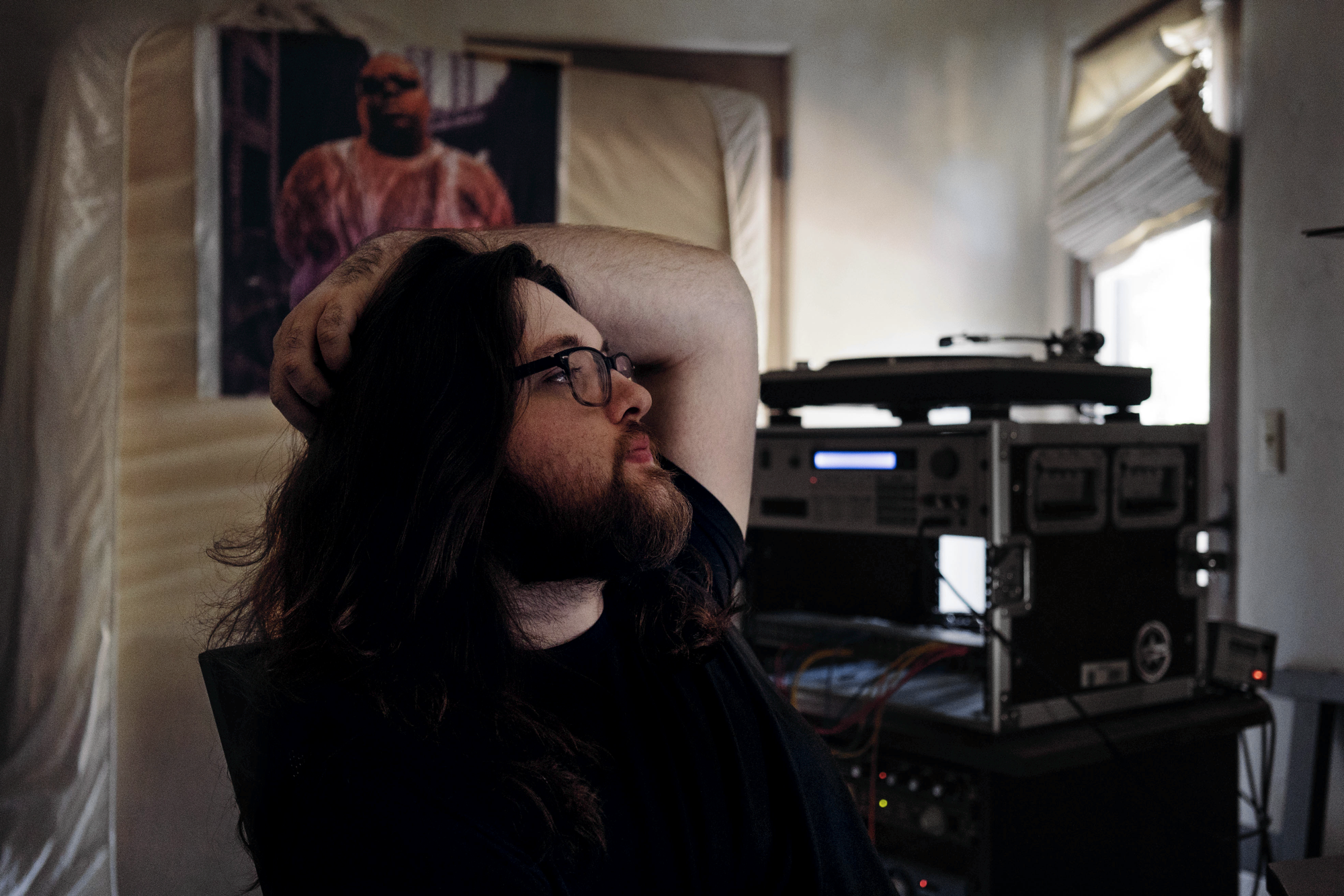 If this sounds obsessive and meticulous, it is. Wayne puts the same level of effort into the rapping. He records his tracks in a single take instead of “punching in” – starting again from the point where the rap veered off course to correct errors. “The main reason for single takes is to keep the momentum and emotion cohesive throughout,” Wayne says. “You lose something when you start back up again, it’s not natural. If you keep it natural people can take the journey with you.”

The raps on the album are the product of intense sessions with Wayne often spending five or six hours in the booth to get one song right. As a result his voice exudes an impressive confidence (“what would you do if you were great and you knew it?” he asks rhetorically on ‘TED Talk’) but can also betray vulnerability, as in the songs that deal with more personal subject matter like ‘Human Condition’, ‘Out Of Sight’, and ‘Afraid Of Us’. His addiction is “a poisonous flask” that keeps him from growing up; he knows that slowing down will save him, but he needs “a good friend to come and tell me how.”

After doing over 200 takes for ‘City Of Lights’, in which he rightly asserts “I don’t wanna meet my maker, just make my meters, and keep ‘em burning,” Wayne went home with his voice annihilated and ready to give up on the album. That’s when his longtime manager, Shane Sakanoi, came to remind him they needed to finish the project, no matter what. “Shane started tracking my vocals after that point and it was a big help,” Wayne recalls. “The creation process of the album really mirrored the message of the record.”

One of the main themes in the album is friendship, reflecting one of the main lessons Wayne had to face. He knows he didn’t walk back from the precipice alone and he’s not afraid to say it. “It seemed only right to take that concept and apply it to the creation and finality of the record,” Wayne explains. “Including other people was me letting go of the egotistical thing and whoever does the best job, let them do that job. The people who helped me with the record make the record.”

The album was recorded at Cosmic Zoo, the Los Angeles studio run by Daddy Kev, with whom Wayne has collaborated for many years. And despite only sporting one guest verse – from Houston’s Danny Watts – Rap Album Two is also the rapper’s most collaborative project to date with less visible contributions from producers (Dibia$e, DJ Babu), singers (zeroh, Shango), and musicians (Low Leaf, Jameel Bruner) whose names take pride of place on the record’s back cover. “I felt like what was around me, the studio equipment, the people I worked with, was of a certain quality,” Wayne reflects. “I felt it was necessary for me to at least meet those expectations which was enough encouragement to make the necessary strides to become a better recording artist.”

Wayne sounds content today, ready to move ahead not as the artist his younger self dreamt of being but as the one his adult self knows he needs to be. If anything still feels daunting today it’s the part where he has to let go of the record and put it out there for everyone to hear, and judge. “It’s a soul-crushing experience, but at the same time it’s alleviating because it creates a blank slate for you to move on,” he says.

Rap Album Two is the result of a very personal experience but carries a universal message: it’s never too late to reach out and get help. “Instead of going within themselves when they experience these things people should be reaching out to others,” Wayne says. “The misconception we have of being alone isn’t true, we just all feel alone together. I think it’s very important for us to create dialogues, especially at times when we feel like we should be alone, we should be separated. I think everything else doesn’t really matter when stacked against that.”