Jonwayne returns with Rap Album Two, shares ode to sobriety ‘Out Of Sight’

The rapper recently detailed his recovery from alcoholism and return to music.

Jonwayne has announced Rap Album Two, a sequel to his acclaimed 2013 Stones Throw album. It will be released next month on Authors Recording Co and The Order Label.

The release comes after a dormant period for the rapper, something he discussed last month in an open letter on Facebook about his struggles with alcoholism and return to sobriety. That difficult time and his renewed inspiration in music make up the core subject matter of Rap Album Two and in particular its first single ‘Out Of Sight’.

“On the way I know I gave away some friends / and every day I wish we could speak again,” he raps over the tracks delicate music box-style production. “But every time I want to make it right I freeze up in the visions of the shadows of my demons who’ve been out of siight — until now”. 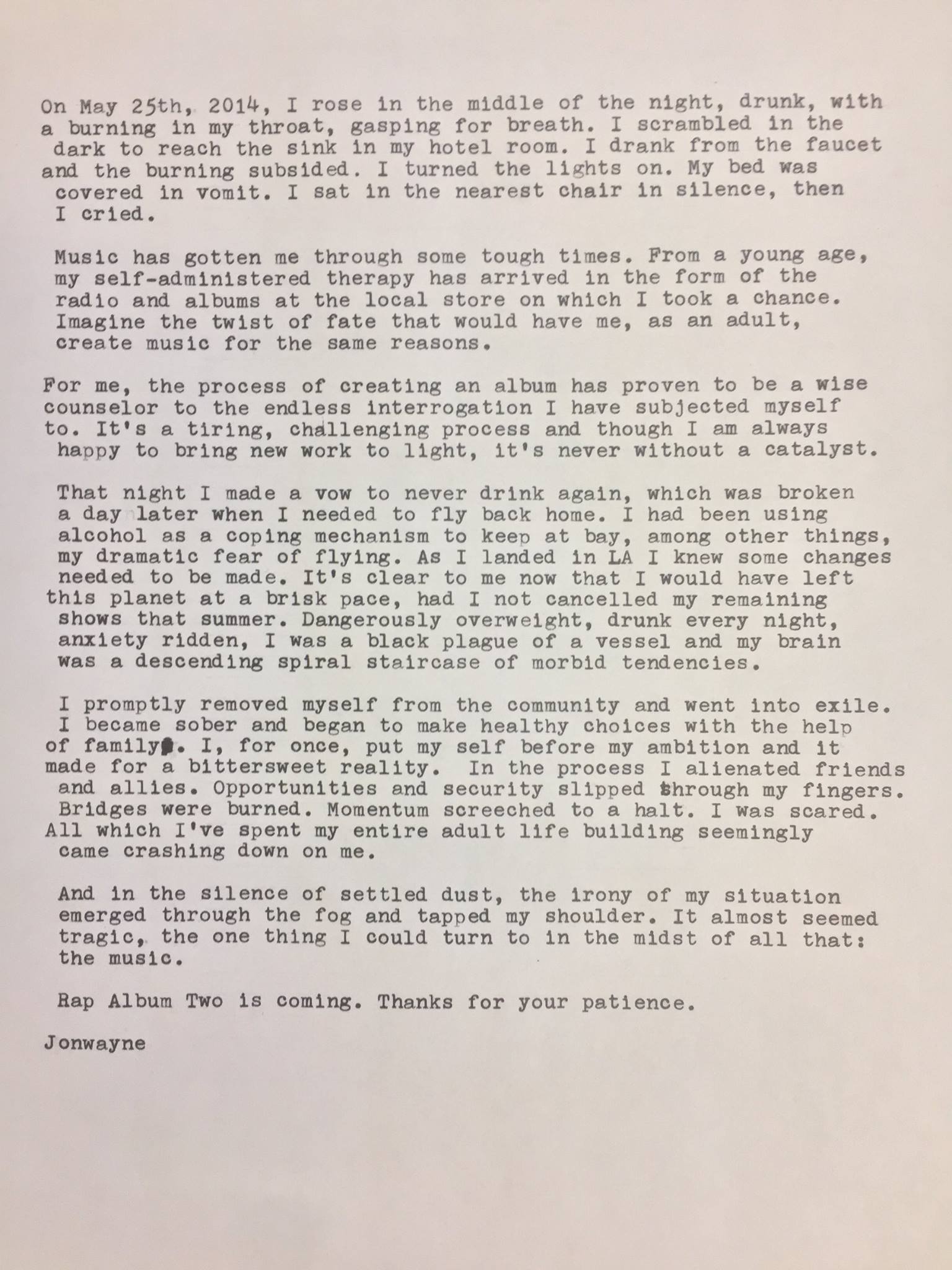