Noise artist Margaret Chardiet, aka Pharmakon, returns this week with Contact, a sister album to 2014’s Bestial Burden that sees the New Yorker still confronting her mortality after a serious illness. Adam Bychawski hears how she was liberated by the realisation that we’re all “nothing but a speck in the universe.”

Bestial Burden, Margaret Chardiet’s 2014 album as Pharmakon, ended with a line that haunted you long after the music died down. The New York noisemaker howled “I don’t belong here” into the void, before being drowned out by a chilling chorus of laughter. But as horrifying as it sounds, it was a cathartic coda. Boldly voicing such profound anxieties felt like an invitation for listeners to do the same.

Prior to making the album, Chardiet had fallen seriously ill and was hospitalised for weeks with a 12cm benign cyst. Her convalescence brought into stark relief a metaphysical dilemma that had been gnawing at her for some time: that our minds are completely at the mercy of our bodies. Bestial Burden evoked that feeling of entrapment both through its brute noise and visceral recordings of a body hyperventilating, rasping and vomiting. But while the album confronted the harsh truth of mortality, it offered no prescriptions for how to live with that realisation.

Chardiet describes her follow-up Contact as a “sister album” to Bestial Burden; it explores the possibilities for escape not just from the confines of our bodies, but also from the quotidian existential dread that Jean-Paul Sartre aptly referred to as “nausea”. To do so, Chardiet sought inspiration by researching the practices that various cultures have used to bring about out-of-body experiences. As she explains, the composition of the album is structured around four generalised stages that one goes through when falling in and out of a trance. By recreating such a ritual, Chardiet also hopes to make the experience of listening to her record more akin to her performances. “I wanted to capture this energy exchange that happens between everyone in the room at a gig,” she says, speaking over Skype from New York, “which you don’t feel while listening on your own.” 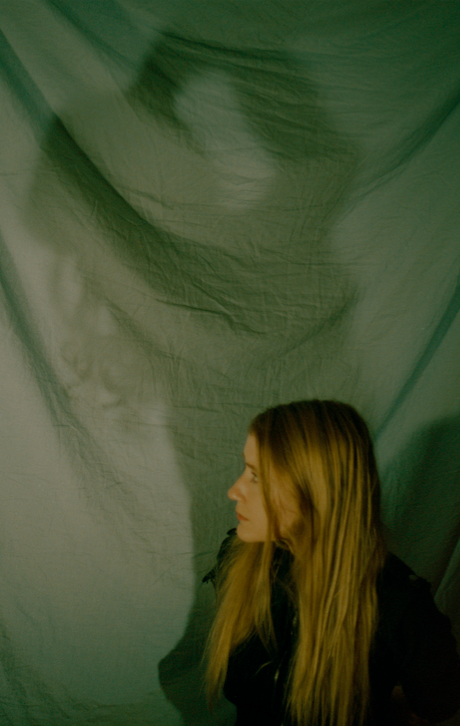 Chardiet’s version of a trance, however, is far more grounded than most interpretations. She sees it as a process of coming to terms with not only your own insignificance in the face of the universe but also of humanity as a whole. She is the first to admit that those thoughts are overwhelming, even panic-inducing, but contends they function as a release valve for the low-level anxiety that builds in the back of our minds. “I think that in order to transcend those thoughts, you have to confront them,” she says. “A lot of our energy is spent distracting ourselves from the bigger picture and it’s easy to get caught up in the small stuff that keeps you imprisoned in this reality.”

Some have taken Chardiet’s outlook to be nihilistic, a word that has often been used when describing her music. But while she might share the belief that existence is fundamentally meaningless, she sees that revelation as liberating rather paralysing. Her latest album counters the accusation that nihilism leads to an egocentric obsession with one’s own mortality. Instead, she argues that becoming aware of our impermanence should free us to think of others, writing in the liner notes: “If we accept that the only true claim sentience gives us is our tiny sliver of time, it opens us to revel in it, to make contact.”

At the heart of the record is the idea that overcoming our innate fear of death might make us more empathetic creatures. The only way to make sense of existence, Chardiet suggests, is through our bonds with other people. It’s a timely message, one that she is wary of politicizing, suggesting instead that it has relevance beyond our turbulent present.

Chardiet has never shied away from wrestling with philosophical subject matter through her music. A genre as impenetrable as noise might not seem like an ideal medium through which to communicate ideas that are already difficult to process, but she sees it as a blank canvas. “The thing about noise or experimental music is that it doesn’t want to exist within a genre, so you can use it to talk about ideas freely,” Chardiet says. “And that’s why I make noise in the first place, because as a medium it has allowed me to talk about these things.”

During our conversation, Chardiet speaks deliberately and her answers are carefully thought-out, despite insomnia having deprived her of a night’s sleep. As fellow insomniacs, we briefly discuss sleep aids: I recommend watching ASMR videos on YouTube, she swears by listening to pink noise. It seems funny that noise can just as easily set our nerves on edge as it can quiet our minds, letting us drift from one state of consciousness into another. As Pharmakon, Chardiet has harnessed noise’s uncanny powers to bridge the gap between body and mind.

How did the concept of trance states shape the album?

Basically it ties in with the themes of the record. When I was researching trance, I was reading an anthropological study of it that dissected it into four different stages – preparation, onset, climax and resolution – which I structured the album around.

Preparation is this very repetitive state where you’re beating a drum or you’re saying a mantra. It’s supposed to whip you up into this frenzy – it’s the ritual aspect of it. And then onset is the moment when your consciousness starts to shift and leave your body, and climax would be when you’re in the throes of an ecstatic state. Resolution is when you start to enter back into your body and come back to reality, so to speak.

But I sort of use these stages a little differently. So for me the sublime, instead of being a spiritual experience, is this moment of clarity and objectivity about the human condition. It’s almost like looking at things from space and seeing that we are small moving parts of this vast system. That moment is terrifying. For me, it’s like the first time I ever went to a planetarium and considered space as a kid. That caused my very first panic attack. And I think it’s akin to that feeling, this moment of realisation about your own mortality and the mortality of your species and how much more the mind can achieve if it had a longer lifespan.

Do you think it’s possible to create a similar feeling to that of a trance state through music, and if so how?

One of the common threads in my music is the idea of the loop and I think that’s because repetition helps me go into this mindset, go into that state. I looked at that a lot when I was when I was composing and tried to understand what about low percussive repetitions has consistently attracted me while making music for the past 10 years now. I think that it’s this physiological response that I can’t really describe. It’s more evident in a live setting and I’m trying to make the same sort of body feels happen as when you’re listening to the record.

In the live setting, when when you’re playing these frequencies, loops and percussive elements, they’re physically vibrating in your body – in between your ears, through your feet and your stomach, in your gut. So in a way it’s not just your brain processing the sounds but your body.

That desire for transcendence or ecstasy can often be inward-looking and solipsistic. But with Contact, are you suggesting that doesn’t necessarily have to be the case, that it can be about other people? 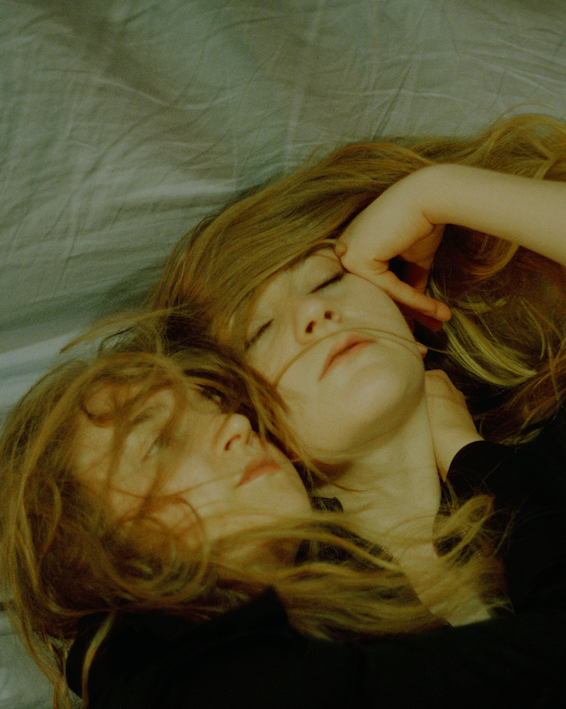 I wonder, too, whether you wanted to dispel some misconceptions with the last album? I found that Bestial Burden was often referred to as “nihilistic”, but I felt like that wasn’t necessarily the point you were making.

Well, nihilism states that all philosophical and religious belief is bullshit, none of it’s real and nothing matters, right? I don’t believe that. But I do believe that there are many systems of thought that are extremely toxic for people. I think that a lot of what is making humanity cannibalise itself and drive itself towards extinction are these schools of thought that place us at the centre of everything and claim that the universe is tailored to our will.

It seems terrifying and nihilistic to admit that you are nothing but a speck in the universe, but I think that it’s really liberating – because for me, that destroys all of these petty concerns and it opens up the time that we do have to be spent ultimately in more positive ways.

In the liner notes accompanying the album you suggest that humanity’s refusal to come to terms with our own insignificance has lead to an obsession with exerting power over others. Did you intend that purely as a wider political statement or were you also thinking of the politics of noise music?

It’s more a humanist statement than a political one. I think that because of what’s going on in the world right now a lot of people are sort of looking to capitalize on this idea of being political, but either you’re a radical thinker or you’re not. That’s why I have difficulty talking about things being political because I think that people are very focused on this idea right now. In some ways that’s a good thing, but at the same time a lot of things that aren’t necessarily political are being politicized. Part of that is because it’s very hard to look at anything without that lens, because it’s casting this shadow over everything.

I want to go beyond the current political climate and think about why humans seek to place themselves above other humans in the first place. So it’s not like I am trying to bring up politics in noise; these were just ideas that I was already interested in, and now they’re extremely relevant in a way that I didn’t necessarily foresee.

That must be frustrating, because when your last album came out it was understood in quite narrow and abstract terms as a record about mortality. But actually that sense of feeling trapped by one’s body has much wider resonance.

I don’t see those as necessarily separate. Social and existential entrapment are tied together. And it’s interesting because I hadn’t really thought about what that would mean to different people until I had reactions from people with very different sorts of situations going on.

It means a lot to a lot of different people. It resonated almost across the board. So I think that it’s a very personal issue, but it’s also just a very human issue. What this record is about is how you transcend that. How do you exist outside of your body? How do you break down those structures that define you?