A complete sample is expected by mid-April.

Behringer has a prototype of its Minimoog Model D clone up and running, according to company founder Uli Behringer.

The budget gear company only announced it was cloning Moog’s iconic ’70s synth last month, but the company has now got a design for the Eurorack-sized synth and a circuit board that makes sounds.

“The Model D prototype is now up and running and all functions seem to be working well,” Behringer said on the Gearslutz forum last week, where he also posted pictures of the prototype. 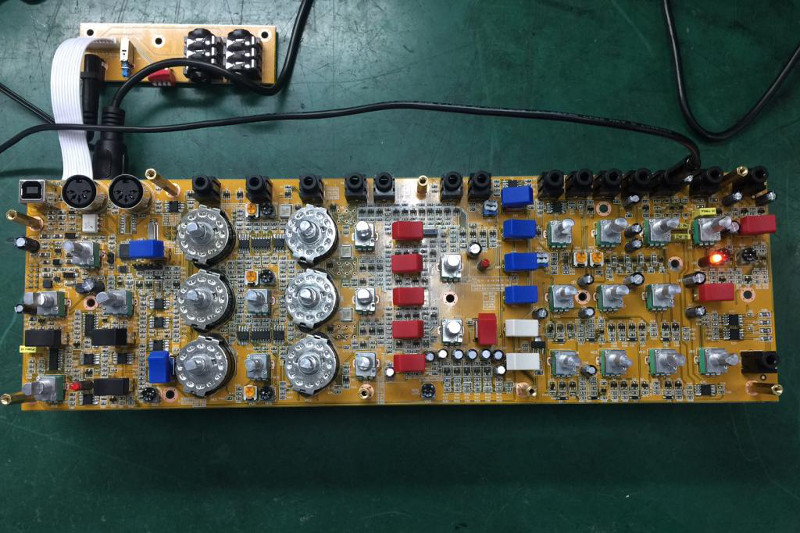 “Next week our system engineer will go through a rigorous testing procedure and meticulously compare every stage with the Minimoog reference sample.”

According to Behringer, MIDI software implementation will take one to two weeks. The metal, plastic and wood samples needed to build the case are expected in two weeks, with a complete working sample expected by mid-April.

Behringer doesn’t know when he expects the Behringer D to be officially released, but he said it would be at least “many months” before shipping “as metal and plastic tooling has not yet started.” 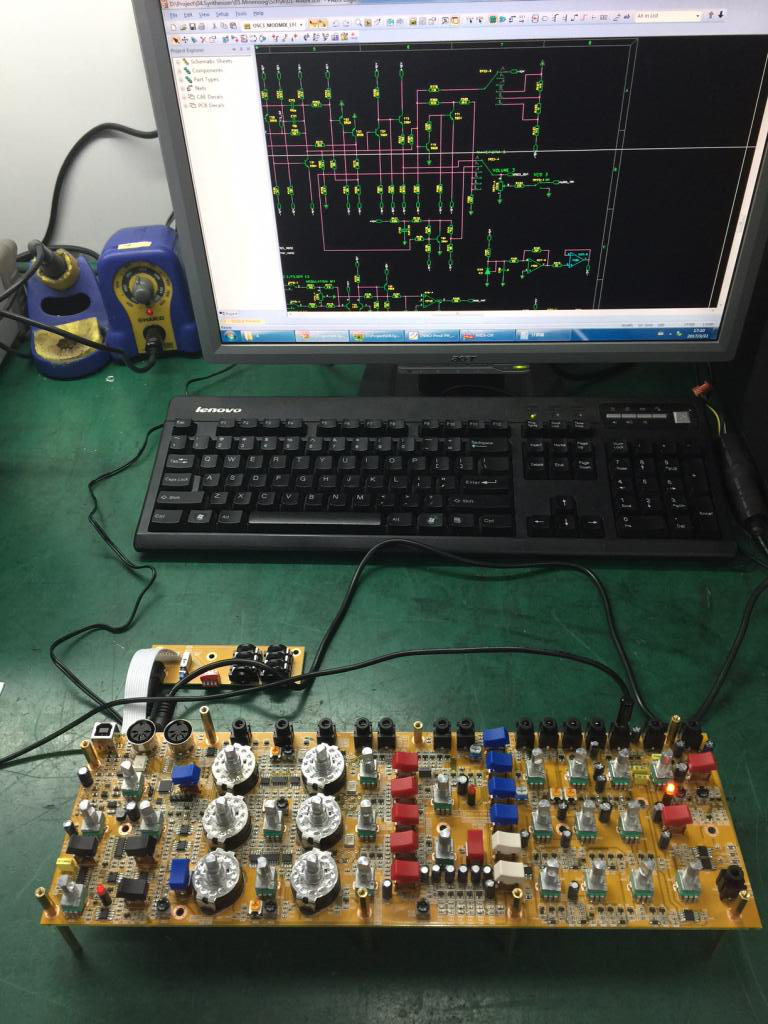 The company’s first synth, the 12-voice DeepMind12, took several years to come to market, but given how fast the Behringer D has gone from concept to prototype, it could be available before the end of the year.

The practice of synth cloning has received stiff criticism from the widow of Doug Curtis, whose analog chip designs are being remade by one of Behringer’s companies to help achieve its cloning dreams.

However, as Behringer has argued, the patents for the Minimoog and Curtis chips have long since expired, making it entirely legal for anyone to replicate the technology inside.

As well as a budget Minimoog, Behringer wants to create clones of the ARP2600, Oberheim OB-Xa and OSC OSCar synths. [via Ask.Audio]