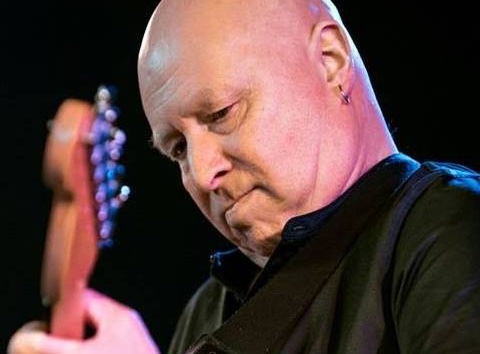 James Litherland is “back ‘n blue”.

Serious James Blake fans will know that he comes from a musical family; his dad, James Litherland, has played guitar for the likes Rod Stewart and Jeff Beck, and was a founding member of British prog-rock outfit Colosseum. He also wrote the song, ‘Where To Turn’, that formed the basis of Blake’s own track ‘The Wilhelm Scream’.

Following his son’s third full-length, last year’s The Colour in Anything, Litherland has announced a new solo album of his own. Titled Back ‘n Blue (very dad of him), it’s out on June 9, and you can check out samples on his website.

Meanwhile, James Blake was last spotted on Kendrick Lamar’s DAMN. and fronting the comeback single from Mount Kimbie – hear that below.