Sibling revelry: How Starlito and Don Trip bring out the best in each other on Step Brothers

Nashville’s Starlito and Memphis rapper Don Trip first got together in 2011 to release Step Brothers, a somber back-and-forth between two of the world’s most underrated rappers. Andrew Friedman talks to the duo about Step Brothers 3, a release finally winning the pair the recognition they deserve.

Starlito and Don Trip are somewhat confused when I bring up the idea that Step Brothers 3, their third album together, is upbeat. I think my exact words were “less of a bummer than the other ones,” but either way the Tennessee rappers don’t agree.

I get why. Despite the silly cover art mimicking the 2008 movie of the same name, Step Brothers 3 is somber both in sound and subject. Lito points to ‘Remember’ and ‘Do What I Gotta Do’, particularly dark songs that deal with the alienation of success and desperate circumstances, as counterpoints. But after some thought, he considers the larger context: “Maybe we’re just doing better.”

“I had completely fallen out of love with music. I thought it was a shit business to be in”Starlito

After all, Step Brothers 3 is on pace to be the most successful release of either rapper’s career, surpassing 2013’s Step Brothers 2 (which itself topped the first Step Brothers mixtape). Prior to teaming up, both rappers had achieved some success as solo artists, but had been bouncing around the industry for years waiting for the next break.

Don Trip built a buzz in Memphis, then broke through in 2011 with the child custody lament ‘Letter To My Son’. (In a particularly poignant clip of him on Sway in the Morning, he tears up while listening to callers tell him how grateful they were to hear their struggles put into song.) But despite gracing the cover of XXL as one of their 2012 Freshmen, labels were unsure how to capitalize on the moment and he languished.

Meanwhile, Nashville’s Starlito spent the 2000s as the hot commodity for a rotating cast of bigger rappers’ imprints, from Yo Gotti to Lil Wayne. But he grew increasingly disillusioned with each delay of Street Ball, his theoretical Cash Money Records debut. The lack of forward progress was exhausting, and Lito remembers wanting to give up on music completely. “I had completely fallen out of love with it. I thought it was a shit business to be in and I was at a point where I would rather do almost anything else.”

Working with Trip reenergized Lito. He had watched Trip come up (although they are the same age, Starlito got his start in rap a few years ahead of Don) and recognized a kindred spirit. And after meeting through mutual acquaintances in the Tennessee rap scene, a collaboration was inevitable. They released the first Step Brothers tape in 2011, and even as both rappers have continued to build their own solo careers, their collaborations (especially given their success) have served as a source of direction and reinforcement. 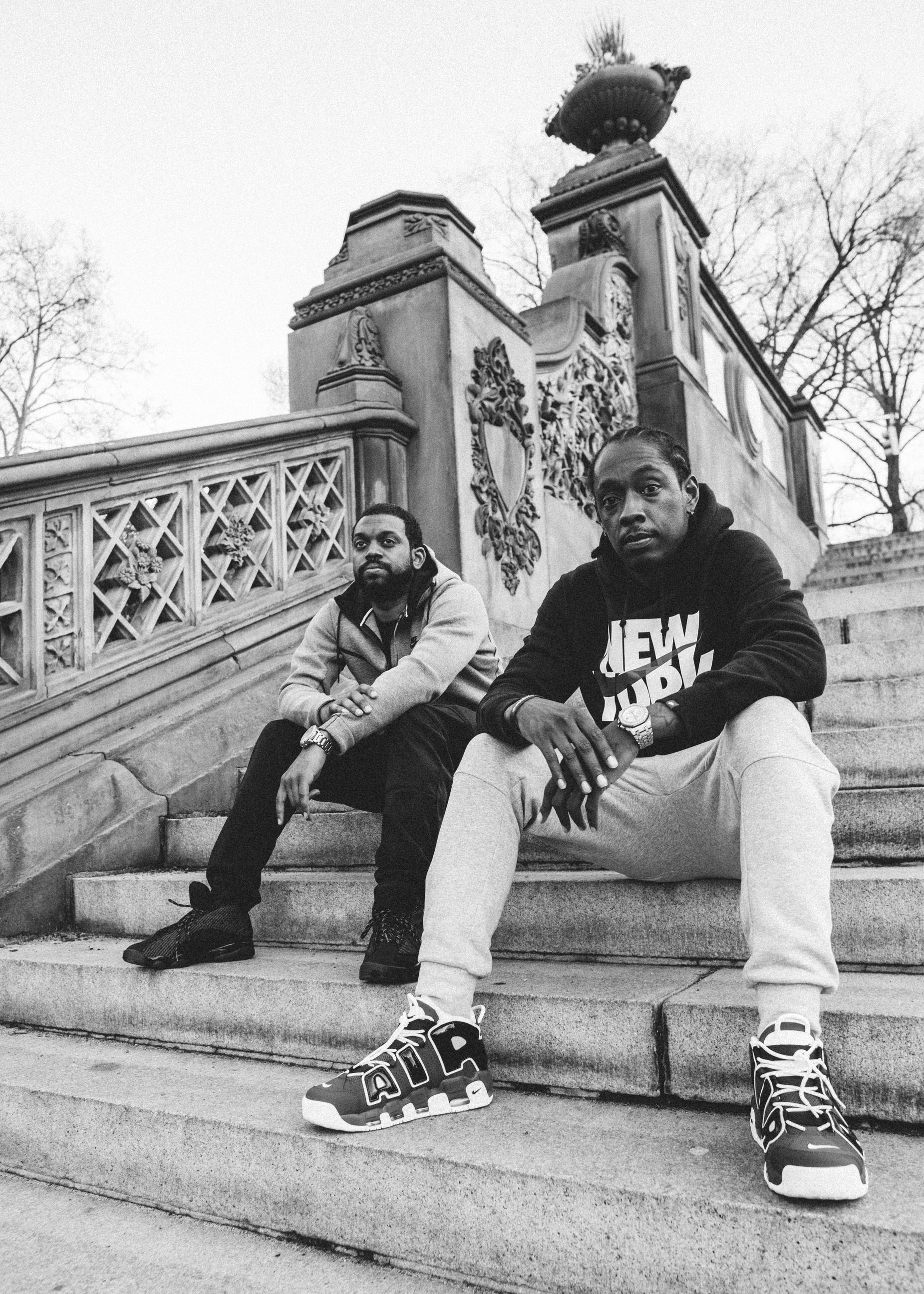 Don and Lito have some of the best chemistry going in rap at the moment. The duo ping-pong lines off each other, sometimes switching after as little as two bars, and regularly finishing each other’s sentences. It can sound like they are tagging in and out of the booth like wrestlers, and it helps that they actually are. The two are dedicated to recording in person (rather than emailing verses from distant studios), and frequently assemble their songs in real time, spitting lyrics written while or shortly after the other records. This type of process is rarely noteworthy, but Step Brothers is the exceptional rap project where the degree of difficulty actually makes the music better. It helps punchline-heavy, straightforward songs like the basketball-themed ‘Boomshakalaka’ maintain their energy, and propels story jams like ‘Good Cop, Bad Cop’.

Listen to either rapper’s solo material and the pairing makes sense. Both are deft lyricists that make interesting choices in their writing. On a track from his Manifest Destiny mixtape, Lito spends two lines over-explaining why he featured a certain rapper on that song. Don Trip, on the other hand, loves non-sequitur metaphors – “spinning like a yo-yo with no string”. More notably, they both tackle the pitfalls of street life with unflinching honesty.

Beyond penitentiary chances and risk to life and limb, the duo actively bring up some of the more nuanced collateral damage they’ve experienced. Lito speaks openly about his mental health, addressing concepts like PTSD and self-medication. When I ask about therapy, he brings up the similarities between the confessional nature of the recording process and talk therapy. And both artists are as prone to brag about threesomes with strippers as they are to beat themselves up for how doing that shit makes it hard to hold down any kind of relationship.

So it does take some context to see how Step Brothers 3 could read as anything other than an hour of exceptional but grim raps. But coming back to the original question, Lito brings up ‘Yeah 5X’, the first track on the album. A friend had told him he expected the track to be something more personal, not the punchline-fest that it ended up being. But the beat reminded him of old Diplomats, Just Blaze beats, and Cam’ron and Jim Jones trading verses – the stuff that made him want to be a rapper in the first place.

Starlito and Don Trip are both in a better place than they were six years ago, when they first teamed up for a mixtape. They are currently on a 30-city tour in support of Step Brothers 3. While still fully independent, and still gauging their progress by the ever-changing metrics of modern indie music, their success is evident. And while that stability might not have Don and Lito making Billboard hits, their new-found chill is there if you know where to look.

Step Brothers 3 is out now.

Read next: How Joey Bada$$ came of age to make his best album yet