Los Angeles composer Jeff Russo is the mastermind behind the scores for exceptional television dramas Fargo, The Night Of and Legion. His latest endeavor, however, is for a whole new experience: narrative-driven video game What Remains of Edith Finch. Lewis Gordon talks to Russo about bringing out the darkness in domesticity on any screen.

Jeff Russo writes scores that revel in the darkness of the familiar. Over the past few years, the Los Angeles-based composer has gained a reputation for working on some of the best — but bleakest — television out there. In 2014, Russo scored the TV adaptation of Fargo, capturing the absurdity of the show’s violence against the drudgery of Minnesotan small town life. Then, in 2016, he scored HBO’s The Night Of, crafting a soundtrack to match the racial agitations underpinning contemporary New York.

This year, Russo has been busier than ever: Legion, a series created by Fargo showrunner Noah Hawley based on the Marvel comic book, challenged Russo to capture the auditory hallucinations of its schizophrenic protagonist, David. There was also a third season of Fargo to score.

His most recent project, video game What Remains of Edith Finch, might appear different on paper, but it’s very much a continuation of Russo’s previous work. Russo soundtracks the deaths of an entire family across multiple generations, the darkly surreal events unfurling within the comforts of domesticity. There’s no combat, though. Rather, it’s an exploration of the Finch family house and the memories contained within.

“I really wanted to track the emotional journey of the family,” Russo tells FACT from his Los Angeles studio. “And to immerse the player within that experience.” As the game flits between family members, so too does the score. Edith, the game’s titular character, has a theme that sways from eerie hushed piano to delicate woodwind, an aid for both her and the player’s discovery. With later memories, Russo delves into John Carpenter-esque horror dread and lilting Americana, a patchwork sonic construction like the game itself.

Russo opens up to FACT about making the transition from television to video games and how he aims to subvert the darkness of the projects he’s worked on. It becomes clear that What Remains Of Edith Finch might be his most personal score to date, his own experiences giving him a unique perspective on the game’s story of family tragedy.

“Too many times people use music as a Band-Aid. But if you’re making a show of real quality, you don’t need to use it in that way”

What first attracted you to What Remains of Edith Finch?

The slow narrative of it. It wasn’t like an action shoot-em-up game — it was this game of slow and deliberate discovery. That kind of narrative speaks to my mentality — I really enjoy an emotional and intense journey, and this game definitely afforded that.

How did you approach the score?

I wanted to be in touch with the journey that this family took over generations. I started with a theme for Edith, and there was this way that Edith became other people and things. In the first sequence of the game she becomes a cat and then becomes an owl and then a shark. How could I keep Edith [herself] while she became these other things and experienced this journey? But it was mostly trying to stay emotionally grounded and not be too fantastical. The game has an eerie vibe to it because it all feels relatively grounded and real. You’re just sort of immersed in this emotional journey and I think that having a grounded score really helped with that.

Your work with Noah Hawley stretches back to The Unusuals. Recently you’ve worked together on Fargo and Legion. How does your relationship work as well as it does?

He’s a writer who’s pretty much unparalleled, in my opinion. So the way he tells a story and his writing style lends itself to music. He looks at it like the music informs the story and the story informs the music. The way he likes to utilize music in a show is really meaningful–we never want to start music until we’ve earned it emotionally.

Too many times people use music as a Band-Aid. But if you’re making a show of real quality, more times than not, you don’t need to use music in that way. You use music to help draw out tension or draw out the emotion. We never want to be overly dramatic, we never want to be melodrama. When a person is crying I don’t want to play sad music because yeah, that person’s sad, that person’s crying. I don’t need to tell you that. We use music in a way that underscores all of that without being on the nose. A lot of the time, television shows or movies, they wanna hit you over the head, and that’s just not Noah’s ethos. 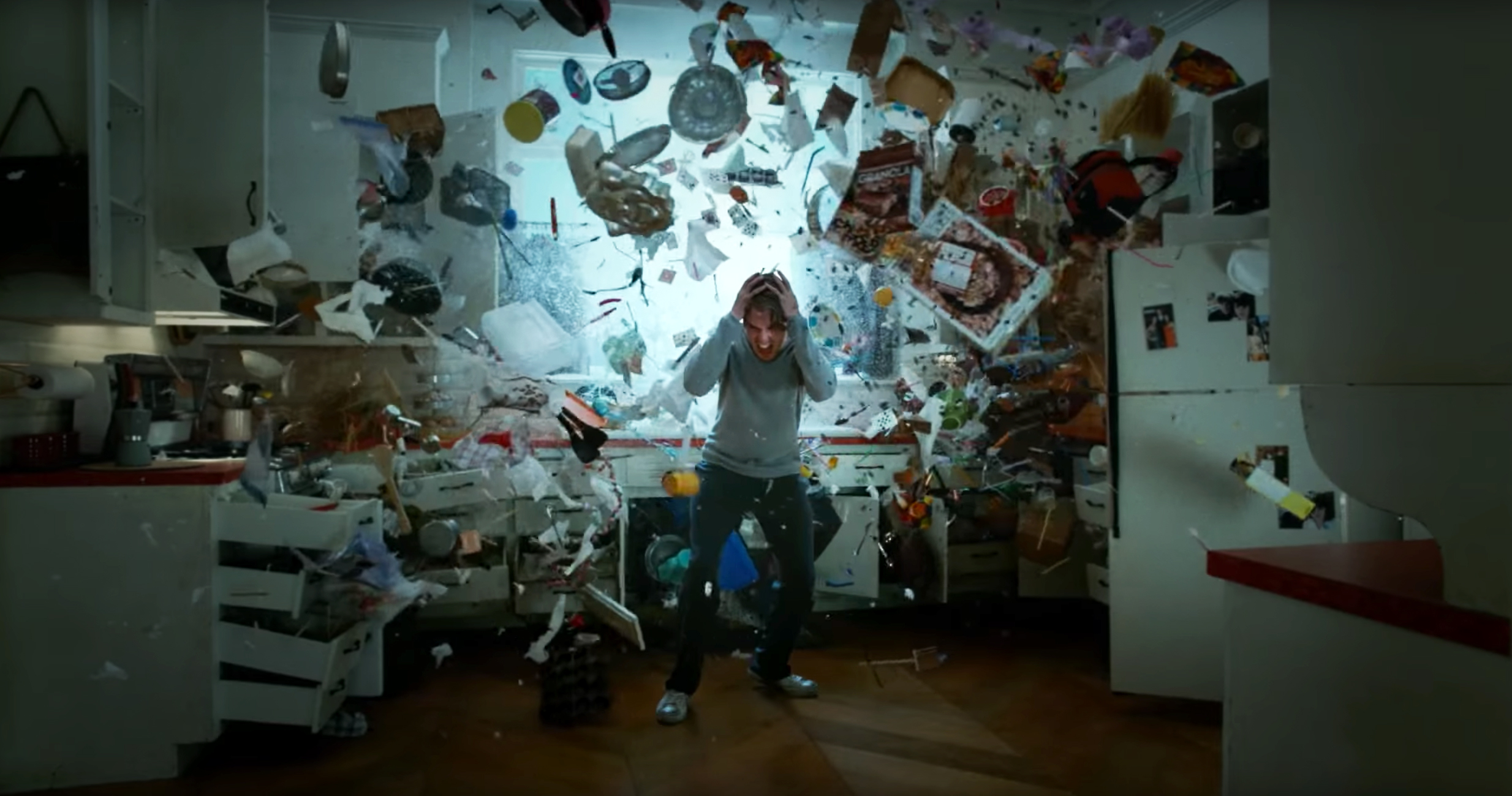 How important was your Legion score in underscoring the protagonist’s mental state?

You never know the difference between what’s real and what isn’t, and the character never does. So I would sort of flip back and forth between organic sound and synthetic sound and how I merged the two was a big part of developing the sound of the score. I always felt that David’s psyche lay somewhere in the middle of that. The first piece I wrote, there’s a moment where there’s this electronic arpeggio and then that electronic arpeggio begins to be played by the orchestra. There’s that moment when both are playing at the same time and in my mind that’s where David’s mind really lives. Oliver Sacks wrote a book called Hallucinations and there was a specific part of the book that was about auditory hallucinations that was the thing I was most interested in because I was sort of trying to figure out what a hallucination sounded like.

How did he describe them?

Oliver Sacks writes in a way that is very descriptive but it just sort of creates a basic framework for me. There were moments where it was just like, how does somebody interpret a hallucination that you’re hearing? And many things were described but what I took away from it was how sounds could then break down into sounds that were sort of more visceral. And I used that as a touchstone in terms of how to change a piece of music from it sounding like it’s in reality to it sounding like it’s no longer a part of reality.

Fargo, Legion, The Night Of and What Remains of Edith Finch all deal with the darker side of life. Why do you think you’re drawn to these types of projects?

I tend to write from a dark place and I’m definitely attracted and drawn to stories that have a dark tone, for a number of reasons I think. One of which is, if I play opposite something that’s dark, it can make it even darker. I did that a lot in The Night Of. There were moments in that which were so utterly bleak that it was almost like, I can’t really play music because if I do it will just be melodrama. You know it’s so dark and so dour that people would just wanna slit their own throats as they were watching. So I chose to have a more ironic approach to Stone’s character at least, where he had a bright spot and I played this sort of more playful music for him. That made the darkness bearable. 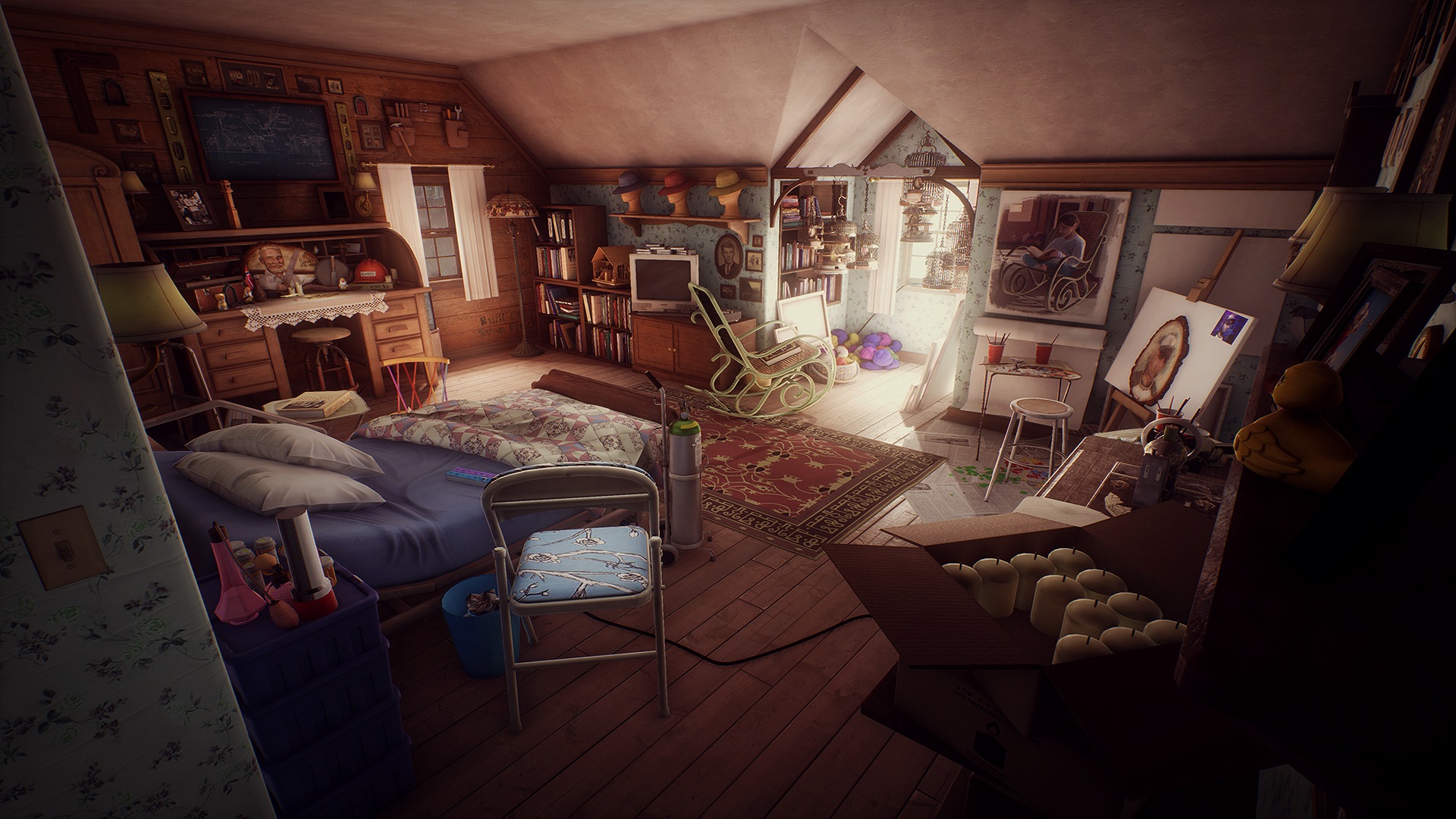 “Telling the story of this family was closer to my heart because I’m so tied to stories of my father. They’re all I have”

How was scoring a video game different to scoring television? How did you account for player interactivity?

I treated What Remains of Edith Finch more like I would treat a film—just the narrative. In terms of how to deal with interactivity, I delivered all the music in stems so if the player made a choice the editors could then change to a different music stem.They might drop all of the woodwinds and drop the percussion or just play the strings. And I had to write music that could be looped because if the player stayed in a certain place it had to be able to go back to the beginning or back to the middle. Player choices were really just directional, though. It wasn’t like, if they make this choice this whole thing would happen and there’d be an avalanche of other stuff. It’s like, at what point is this person gonna find what they’re looking for, so it was really more of an emotional reaction that could stay in the same cue. In that way it was very much the same as writing music for a film or television show.

What Remains of Edith Finch is a game about familial death. Were there any instances of death close to home that impacted how you approached the score or viewed the source material? Or indeed, did the game change your own perception of death?

I lost my father when I was 12, so I think my perception of family definitely colored my creative self in doing What Remains of Edith Finch. I think continuing to tell the story of family holds an importance to me because I lost a close family member very early in my life. So the way I look at it definitely inspired how I went about writing the story. I never really even thought about that until now, until you just asked me that question, but I think it did. My perception of family and my experience of familial death is something that did play a part in how I approached the score.

How do you think it affected the score?

Well I think it made me look at it from a much deeper emotional perspective than I would have if I’d just had a normal familial upbringing. Just the whole idea of there being these memories and then telling the story of this family was perhaps closer to my heart because I’m so tied to stories of my father. They’re all I have.

Read next: Dear Esther: How composer and co-creator Jessica Curry is rethinking video game music for the better