FACT Rated is our series digging into the sounds and stories of the most vital breaking artists around right now. Today, Jack Needham meets Kenyan producer and rapper Kelvin Hansen who, between his solo work as Nu Fvnk and his EA Wave producer collective, is helping cultivate an exciting new sound in the capital of Nairobi.

Nairobi is known as the “City in the Sun”. It’s one of the few major cities in the world where global businesses sit a stone’s throw away from the Earth’s most awe-inspiring natural landscapes. The city’s multiculturalism influences everything from its food to its fashion, but musically, Nairobi is most well-known for either benga, a type of Kenyan pop music that emerged in the 1940s, or its decorated hip-hop scene, propped up by long-standing label Ogopa Deejays and the quietly respected old school heads Kabangu.

That juxtaposed persona of the city is illustrated vividly by 21-year old beatmaker, rapper and multi-instrumentalist Kelvin Hansen. Under his Nu Fvnk moniker and East African Wave, the five-person DJ and production crew he founded, Hansen is ushering in a vibrant underground for Nairobi’s youth. “The industry here has never catered to alternative stuff, but now you don’t have to be fed music,” says Hansen. “There are no gatekeepers here anymore, so now we’re making our own scene.”

In the broadest sense possible, Nu Fvnk leans on the technicolor madness of early LuckyMe, the G-Funk haze of ‘90s West Coast rap and 808-driven pop music from across the African continent. Saying that, it’s almost impossible to categorize an artist for whom genre has never been important. ‘GO GREEN’ is dancehall’s Nairobian counterpart, while on ‘BEEF’ Nu Fvnk calls out bullshit on the kwaito-not-kwaito club joint. 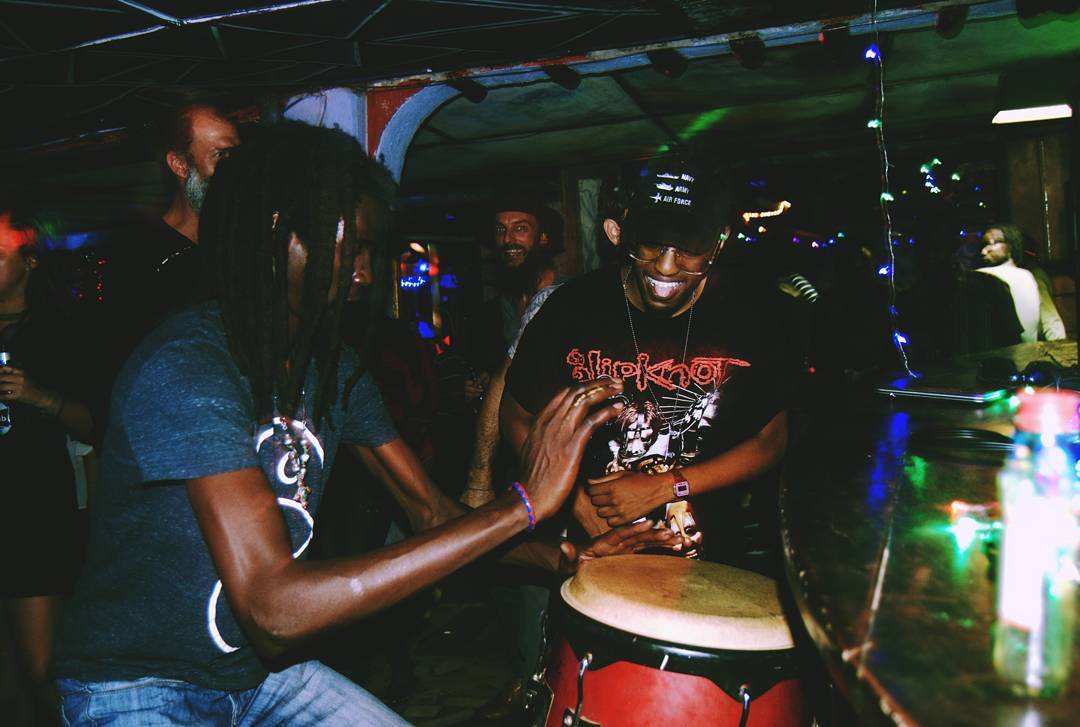 “There are no gatekeepers here anymore, so now we’re making our own scene.”

Raised in Eldorat, a small city around a six-hour drive from Nairobi, Hensen first began experimenting with music after acquiring a copy of Virtual DJ when he was only 12 years old. After spending hours trawling through YouTube, Henson become obsessed with studio clips of Pharrell and Timbaland. He was drawn to the unique producers who make crafting global hits look completely effortless. For the young producer, the insight found in grainy clips of Kanye struggling to lock down ‘Stronger’ in the studio made these near mythical names in hip-hop somewhat relatable.

“I definitely want to be that dude who plays keys, then goes to the bass and lays it all down, then afterwards becomes the rapper,” says Hansen. “That’s the goal. My favorite artists can all do that, so seeing them do all the same things that me and my friends do is just so cool. It makes those people look human.”

Since becoming “legit good” as a producer around three years ago, it’s now not uncommon for Nu Fvnk to self-release a track every few days. “I’ve reached a point now where I don’t even remember making my own beats,” he tells me nonchalantly, happy to let listeners compliment or critique his tracks instead of letting them gather dust in the darkest depths of his hard drive. “I find it hard keeping songs to myself because the longer I keep them, the more I doubt them,” he explains. “When I’m in a moment I just go with that vibe, get the idea out of my head and finish the song. You never know what people will connect to, so I feel like it’s part of my everyday process.”

In Uganda, labels like Nyege Nyege Tapes and the DJ Rachael-founded Santuri Safari have helped galvanize contemporary club music throughout east Africa, and right now “Nairobi is popping,” says Hensen. But this is uncharted territory for both Nu Fvnk and Nairobi as a whole. “Nigerian music has a ‘sound’, South African music has a ‘sound’, but Kenyan music doesn’t,” he says. So that puts Hansen and the EA Wave crew in a privileged position, with free reign to define one. And over the past few years, this has become known as Nu Nairobi.

First coined by EA Wave’s contemporaries Cosmic Homies, Nu Nairobi describes the new era of Kenyan musicians, DJs, MCs and vocalists venturing into untrodden realms of rap-fused electronica and contemporary club music for Nairobi’s younger generation. “There’s no blueprint for our music here, there’s nothing we’re trying to emulate and that gives you so much freedom,” says Hansen. “What we’re doing doesn’t exist here yet, but it’s exciting to be in a time where one day it will.”

Read next: Young T and Bugsey are a Stormzy-approved Nottingham duo on a mission