FACT Rated is our series digging into the sounds and stories of the most vital breaking artists around right now. This week Andrew Friedman meets RJ, the LA rapper and protege of DJ Mustard.

It takes stones to claim your entire city the way RJ has. Not only did he name his new album MrLA, he also has that title shaved on the back of his head. It’s a bold move, especially in a city with 18 million people in its metropolitan area, and almost as many rappers. But RJ is yet to catch any notable static over the name from his competition. And any naysayers would be missing the point. To RJ, the title is less about declaring his superiority than embracing his everyman status, at least by very weird Angelino standards.

To be clear, RJ is doing fine. He’s one of the city’s hottest up-and-coming artists, signed now to YG and DJ Mustard’s 400 Summers imprint. ‘Get Rich’ with Choice and IAMSU! was a radio staple, and his OMMIO mixtapes are extremely popular. MrLA is solid and fun, full of aspirational street narratives and kickback anthems about mixing Henny and champagne.

RJ has a restrained vibe that belies a snarling extra gear, and he’s at his best when it shows on tracks like ‘Want Me Broke’. With DJ Mustard directly or indirectly producing most of the album, the beats hit a sweet spot between ratchet and vintage Dr. Dre. Ty$ and Schoolboy Q make appearances, as do Migos (on a Mike Will beat). 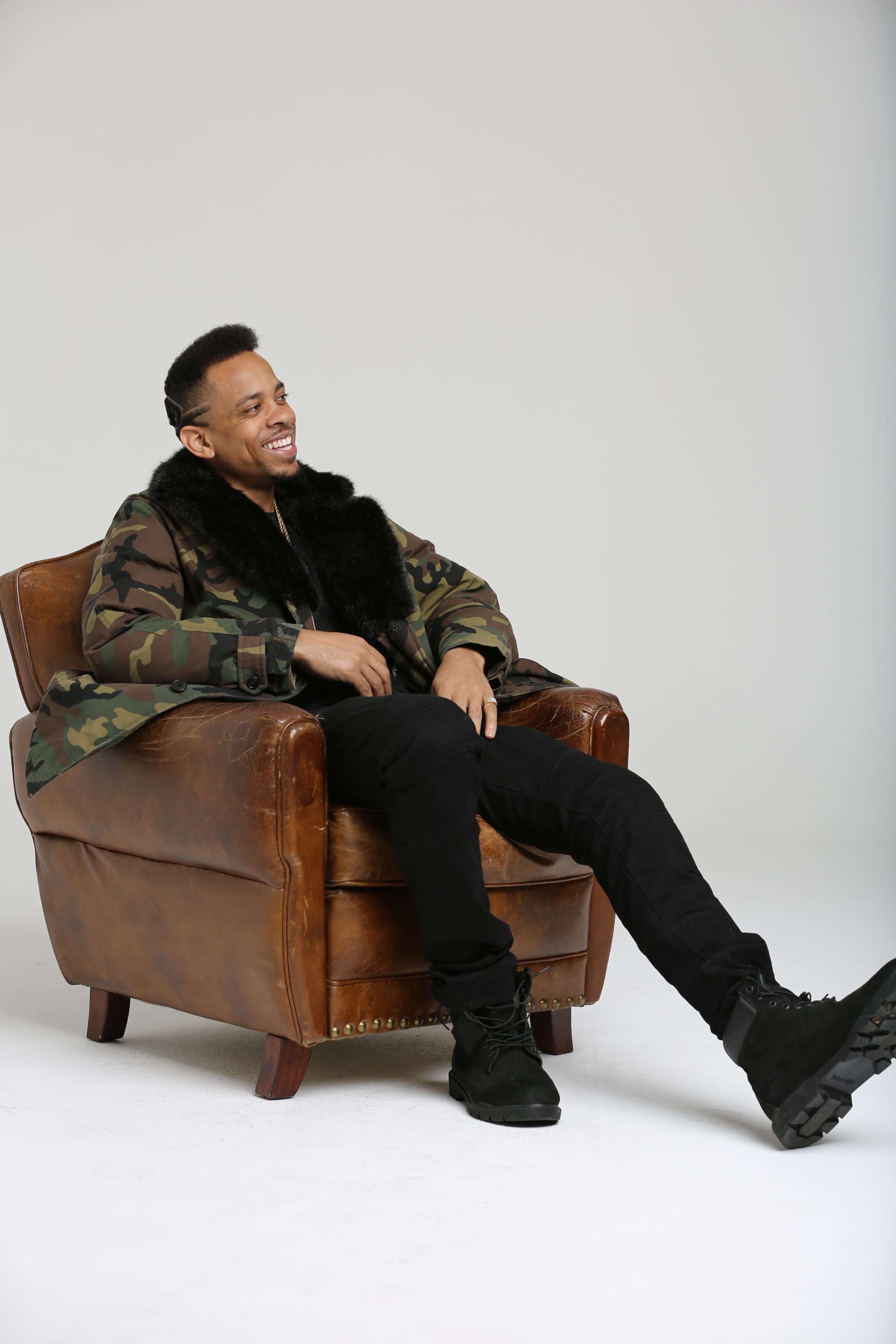 “Hollywood is 15 minutes from the hood, and sometimes Hollywood lies to you.”

But Los Angeles is a confusing place to be moderately thriving, as RJ is. The city’s ambient star power distorts what fame and success look like, and people — athletes, gangbangers and, of course, rappers — follow Hollywood’s lead. “Hollywood is 15 minutes from the hood,” he says. “And sometimes Hollywood lies to you.”

Even though the LA that raised him had no shortage of A-list rappers, they seemed unreachable in a way that limited their ability to inspire the next generation. “There wasn’t nobody locally that just, like making it. If you was poppin’ in LA, you was a star. I’m trying to be the borderline star that people can look up to.”

Of course, LA is a very different city for hip-hop than it used to be. The days of single party rule are long gone. “When Death Row was poppin’, it was just them. When Game was poppin’ it was just him. And there was Aftermath,” says RJ. Today, thanks partially to the internet’s ability to foster metro Los Angeles’s multitude of sounds, the scene is probably the most diverse in the country.

“Now we got 400 Summers, TDE, Ty$, Dom Kennedy, Nipsey Hussle, all under different umbrellas. We all collect the money and prosper and have our own shine.” A fringe benefit of a more magnanimous LA is more collaborations with Bay Area artists, something once pretty rare given the size of the two scenes; IAMSU!’s contributions to ‘Get Rich’ would have raised eyebrows a decade ago.

But RJ isn’t thinking too far in the future, fresh off a hefty tour up and down the West Coast, capped by a homecoming show on August 4. He’s content to enjoy his success in the city that raised him and a scene that can support a middle-class rapper. He appreciates it so much he named himself after it.

“When you play a sport, your jersey has your last name on your back. LA is like my last name. I’m Mr. LA.”