Following up Vangelis’s iconic Blade Runner score was never going to be easy, and that task eventually fell to Oscar-winning composer Hans Zimmer and It’s Benjamin Wallfisch. Claire Lobenfeld sat down with the duo at Zimmer’s Santa Monica recording studio to explore the influences and processes behind the year’s most eagerly-anticipated soundtrack.

Hans Zimmer was about to embark on his first-ever live tour when he was asked to work on the score for Blade Runner 2049. “I get a phone call from my friend [film editor] Joe Walker, who says that they are a little stuck and could he and Denis Villeneuve come over and have a chat,” Zimmer says. “I said absolutely not.”

With over three decades of film credits under his belt, including the scores for films like The Dark Knight, Inception, 12 Years a Slave and this year’s Dunkirk, as well as lighter fare like A League of Their Own and It’s Complicated, Zimmer knows how to solve this kind of problem. But he is also very collaborative, so he was eventually coaxed into becoming part of 2049 when Villeneuve suggested they also bring in British composer Benjamin Wallfisch (A Cure For Wellness, It), a frequent collaborator of Zimmer’s.

The night before Zimmer left on his tour, the four of them watched the film at Zimmer’s space in his Santa Monica-based Remote Control Productions, a wonderland campus of studios where Wallfisch also composes. Zimmer’s studio is maroon and velvet, modeled like a Viennese bordello, that Wallfisch says, “makes you want to create.” As they watched the movie, Zimmer was compelled to try out a chord progression on his keyboard. It ended up becoming a theme that would guide the score. Wallfisch then took the keys to the Blade Runner Jeep as Zimmer headed out on the road. “I said, ‘Ben, you’re on.’ I came back in the middle of my tour, I was supposed to have ten days off,” he says. “I’ve never worked harder than I did in those ten days.” 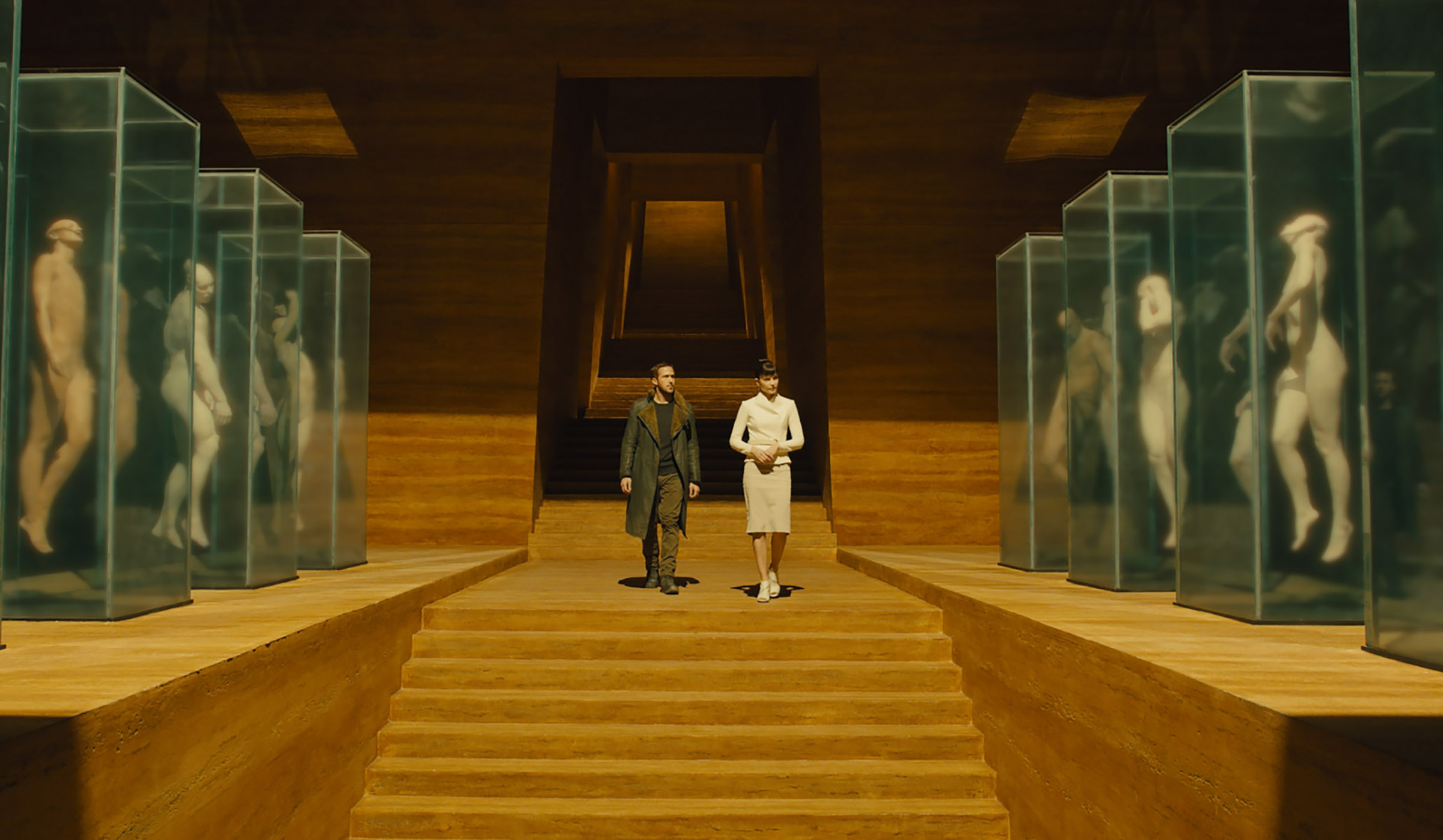 “We tried to create the intention of a more contemporary sound using 40-year-old technology. It’s a lot harder but the result has soul.” – Benjamin Wallfisch

When the initial 2018 release date for a Blade Runner sequel was first announced, a nerdier, synth-inclined sect was more interested in knowing who would be tasked with following up Vangelis’s pioneering score more than what was actually going to happen in the film. At this publication, we envisioned the role filled by producers like Arca and Holly Herndon, Cliff Martinez and Mica Levi. (One of our suggestions, El-P, actually got to take a stab at it.) Months later, Jóhann Jóhannsson was brought into the fold, reuniting with Blade Runner 2049’s director Denis Villeneuve for whom he composed the acclaimed scores for Arrival and Sicario.

Then this July, it was disclosed that Hans Zimmer and Benjamin Wallfisch would be brought in to compose additional pieces. A month later, an Icelandic newspaper reported that Jóhannsson’s compositions would not be included at all in the film. Before the process had started, Jóhannsson was uncertain how, or if, he’d use the themes and motifs of Vangelis’s original score in his own. “Vangelis is a huge influence on me as a composer,” he told FACT in August 2016. “It’s too early to tell [if the original score will influence mine]. Frankly, it’s just so early in the process that it’s really not a question I can answer right now.”

For Zimmer and Wallfisch, composing in reverence to Vangelis was never a question; Zimmer even considered bringing Vangelis in on the project. Hints of the original score are most present on cues like ‘Mesa’ and ‘Joi’, but a hardware choice – the use of a Yamaha CS-80 – was more influential than his actual sounds. The CS-80, a temperamental 200 lbs. analog synth put on the market in 1976, was one of the key pieces of equipment Vangelis used in constructing the score for the original Blade Runner, as well as for Chariots of Fire. Zimmer describes it is as “the most over-designed, complicated, and unwieldy” piece of hardware. “One of its famous design faults is that if you plug the pedal in the wrong way, it will start catching fire and burst into flames,” Zimmer says. “The magic of it is, and what Vangelis embraced so brilliantly, is that it’s a real musical instrument. It responds to your touch, it translates your soul and your musicality the way a musical instrument is supposed to.”

“It’s so the opposite of how we make music in the modern world with a mouse on a screen,” Zimmer continues. “You always have to break your musical thought because your eye has to go and find the cursor as you move the mouse. You’re going right brain, left brain, as opposed to getting the old beast out.”

“We tried to create the intention of a more contemporary sound using 40-year-old technology,” Wallfisch says. “It’s a lot harder but the result has soul.”

“It’s got a little dirt under the fingernails,” Zimmer adds.

The CS-80 was part of a coterie of synths. They also used the u-he “wireless” modular plugin Zebra, as well as the company’s Diva softsynth, which was designed by Urs Heckmann based on Zimmer’s favorite Minimoog; Wallfisch was able to bring out a DSI Prophet-12 he hadn’t yet had the opportunity to use; a SoundToys Crystallizer granular synth altered compositions and then pieces were put through tape delays and covered in reverb before being processed again with the Crystallizer. “One of the things we talked about was the idea of ‘more human than human,’” Wallfisch says. “When you’re creating, you play a chord, and then all these machines take care of this extraordinary, strange, replicant-style advancement of something acoustic.”

Other instruments and musicians were brought into the fray, however. Bassist Nico Abondolo, who composes at the Remote Control campus, was instructed to play his double-bass “uncomfortably high”. His contributions and a range of violins became a musical theme for a pivotal, unbelievable point in 2049. “If it doesn’t hurt, it can’t be right,” Zimmer says. 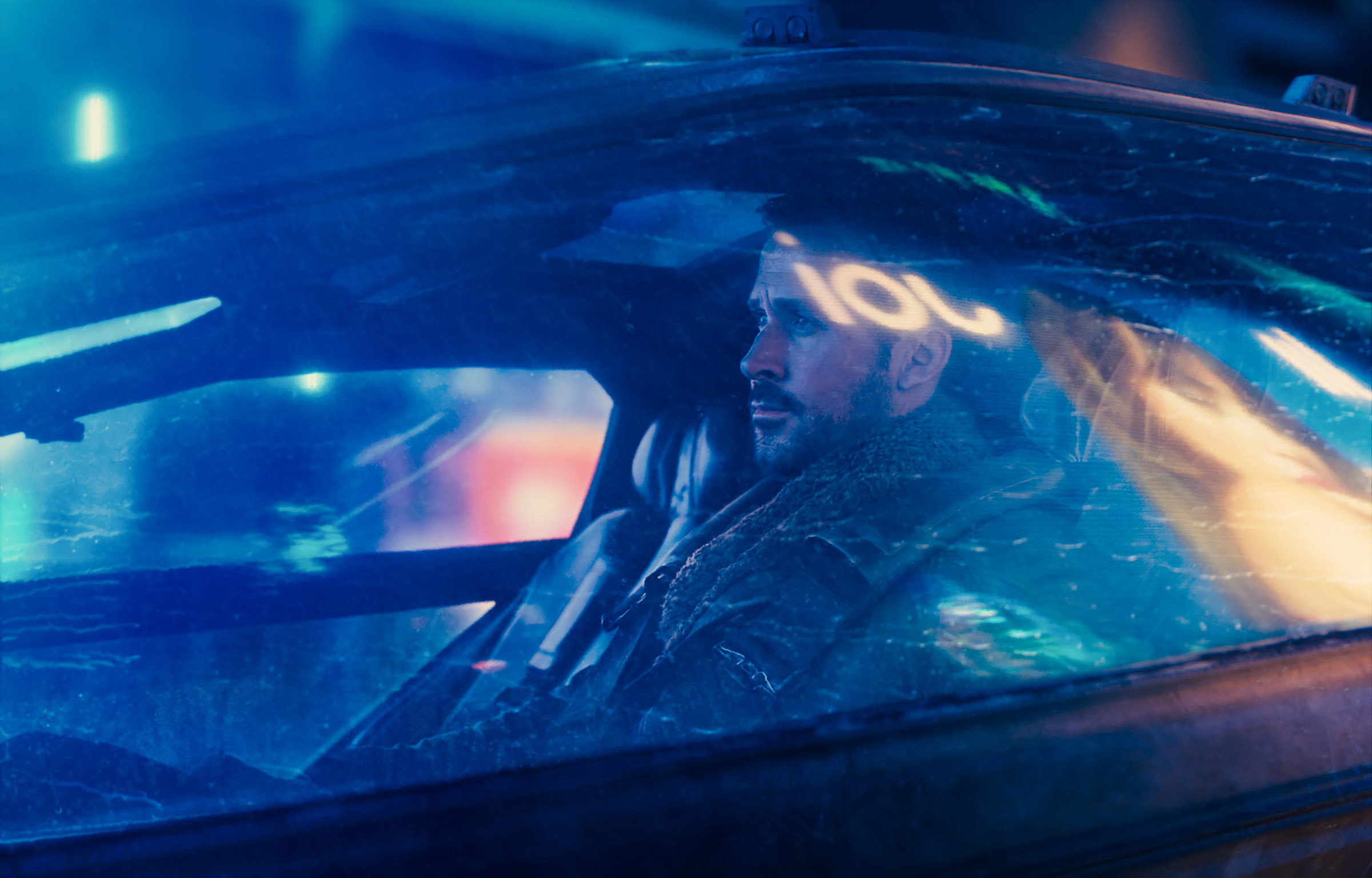 “One of the great things about Denis Villeneuve and the movies he makes is there is an element to his filmmaking that cannot be described in words. The only other language that might work is music.” –
Hans Zimmer

Zimmer and Wallfisch first started working together because the Oscar-winning composer was a fan. He made first contact with Wallfisch after searching the internet for his email address and sending what Zimmer describes as a “fanboy email.” It went unanswered. Zimmer later received this reply: “You probably meant the composer Benjamin Wallfisch. I’m the lawyer Benjamin Wallfisch.” This kind of humor seems to permeate their friendship, as well as their working relationship with other musicians. “A guy from Virginia Beach, a guy from England and a German walk into a bar. What do you get?” Zimmer asks. “Hidden figures!” Of course, it is a joke about their collaboration with Pharrell Williams on the score for last year’s Hidden Figures, a film about Katherine Johnson (Taraji P. Henson), Dorothy Vaughan (Octavia Spencer) and Mary Jackson (Janelle Monáe), the black women mathematicians whose work helped America “win” the Space Race.

The three first collaborated when Pharrell invited Zimmer to play guitar in the deconstructed performance of ‘Happy’ at the 2015 Grammys. It was the first time Zimmer had played in front of an audience — “Pharrell and Johnny Marr, at one point, ganged up on me and said, ‘You can’t hide behind a screen for the rest of your life,’” Zimmer says — and Wallfisch joined in to help with the arrangement and performance. This type of problem-solving helped stimulate the writing of the Hidden Figures score. “How do we make a score that’s about mathematics and about science and using that in a heroic pursuit and not make it minimalist or sound like Philip Glass?” Wallfisch says. “Pharrell just kept us honest: this is about black women, this is about black culture. Black music had to be at the core of every decision we made for that score.”

“Plus, he comes up with the occasional good bassline,” Zimmer jokes.

“There’s something really interesting whenever Pharrell’s in the room. The kind of occurrence of ideas just exponentially increases,” Wallfisch adds. “He has this way of galvanizing people to just pitch in and become their best selves, he has a generous spirit. A bit like Denis.”

Zimmer and Wallfisch are both buoyant when they talk about working with Denis Villeneuve – Zimmer credits him and Blade Runner 2049 editor Joe Walker as members of their band, alongside the sound editors. But their love for having worked on this project is undeniable. “I’d never met Denis, [but] within moments, I felt [he was] a long lost brother, someone I’ve had life-long conversations with,” Zimmer says.

“He has an incredible way of inviting you into his genius,” Wallfisch adds. “He asks really potent questions that are designed to make you invest in your next move and consider the deeper meaning of what he’s trying create… He encourages you to go beyond intellectualizing and it’s about emotional truth. When he likes it, you absolutely know because it’s an emotional response.”

“One of the great things about Denis and the movies he makes is there is an element to his filmmaking that cannot be described in words,” Zimmer says. “The only other language that might work, other than the stunning visual language that we have, is music. He seems to be very aware of that and very much led us, asking us questions that we can only answer in notes.”

Read next: A beginner’s guide to Vangelis