Nicholas Zhu, aka bod [包家巷], thinks they spend too much time on the internet.

“I’m concerned about how much time I spend staring at a luminescent screen and how it’s fucked up my relationship to the sun and moon,” the Arizona-born producer says from an arts residency in Croatia. Such a sensory, physical reaction is part and parcel of an online-heavy existence, but Zhu has found profound positives, too. “I think the internet’s made me a lot less lonely in the world,” Zhu says. They’ve used it to tap into a series of networks with like-minded people, often turning into fruitful IRL relationships.

Limpid Fear, their latest release and first for Planet Mu imprint, Knives, explores the intersection of technology and a personalized, plotted history, encompassing abuse and trauma. It traverses ruptured, thick synth work and delicate Auto-Tuned ambience, often with splintered digital percussion. Zhu explains how the title itself reconciles the Buddhist metaphor of the mind as a lake with their own visualization of fear: “the sky splitting open, this very metaphysical thing that really overwhelms you.” Soft vocals and hushed piano sit alongside the intricate, textured sound design, a heady mix as abrasive as it is beautiful.

The cassette was recorded in Los Angeles, Zhu’s home for two years after moving from Portland in 2016. They lived in a cramped, one-bedroom apartment in Koreatown with a couple of friends, grinding hard with jobs. The situation took its toll. “These negative feedback loops occur,” Zhu says. “I’m poor so I need to work. And at the same time, working is decaying my body, so then I need to work more and decay my body further just so I have the resources and time to take care of it. These things sort of spiral out of control really quickly.”

“A virtual museum doesn’t have a spatial limitation so one of the first things we did was do away with curation entirely.”

Meeting people in art and music is what kept Zhu’s head above water. “There’s certain people that eventually come to surround you that are supportive and loving and I think this is true of all places but in LA it was especially important,” Zhu says. Alongside such grounded, physical relationships, it was online communities that galvanized the sound of bod [包家巷]. Zhu points to a broad confluence of musical artists they describe as “weird SoundCloud”, an amorphous group orbiting labels such as Knives, Quantum Natives and Eco Futurism Corporation, made visible by the site’s algorithms and the “liking” habits of its users. Delve into Zhu’s own online back catalogue and you’ll find ambient degradations of Paramore and Imogen Heap.

Facebook helped facilitate another of Zhu’s projects, The Museum of Virtual Art (MoVA), released in 2016. They created a group with a mission statement aiming to challenge the centralized networks of the traditional gallery model. Then a call for submissions was issued. Zhu collated the responses into a virtual gallery using a video game program called Unity. Viewers can wander around the 3D space using controls mapped to their mouse and keyboard, dipping in and out as they please, access only limited by the need for a personal computer.

MoVA is almost anti-aesthetic in its stark off-whiteness but placed on and situated within the digital walls are strange, uncannily flat artworks and looming, sculptural installations. It’s liberating to peek and peer as close to the often kaleidoscopically colorful art as possible — or even clamber on top of it. It’s a place of fun visual gags involving inescapable black holes and terrifying skeletal figures. “A virtual museum doesn’t have a spatial limitation so one of the first things we did was do away with curation entirely. Any art that people had, we’d put it in,” Zhu says. “It’s also distributable, it’s a package, it’s not somewhere you have to visit. That was the idea, anyone could see it.” 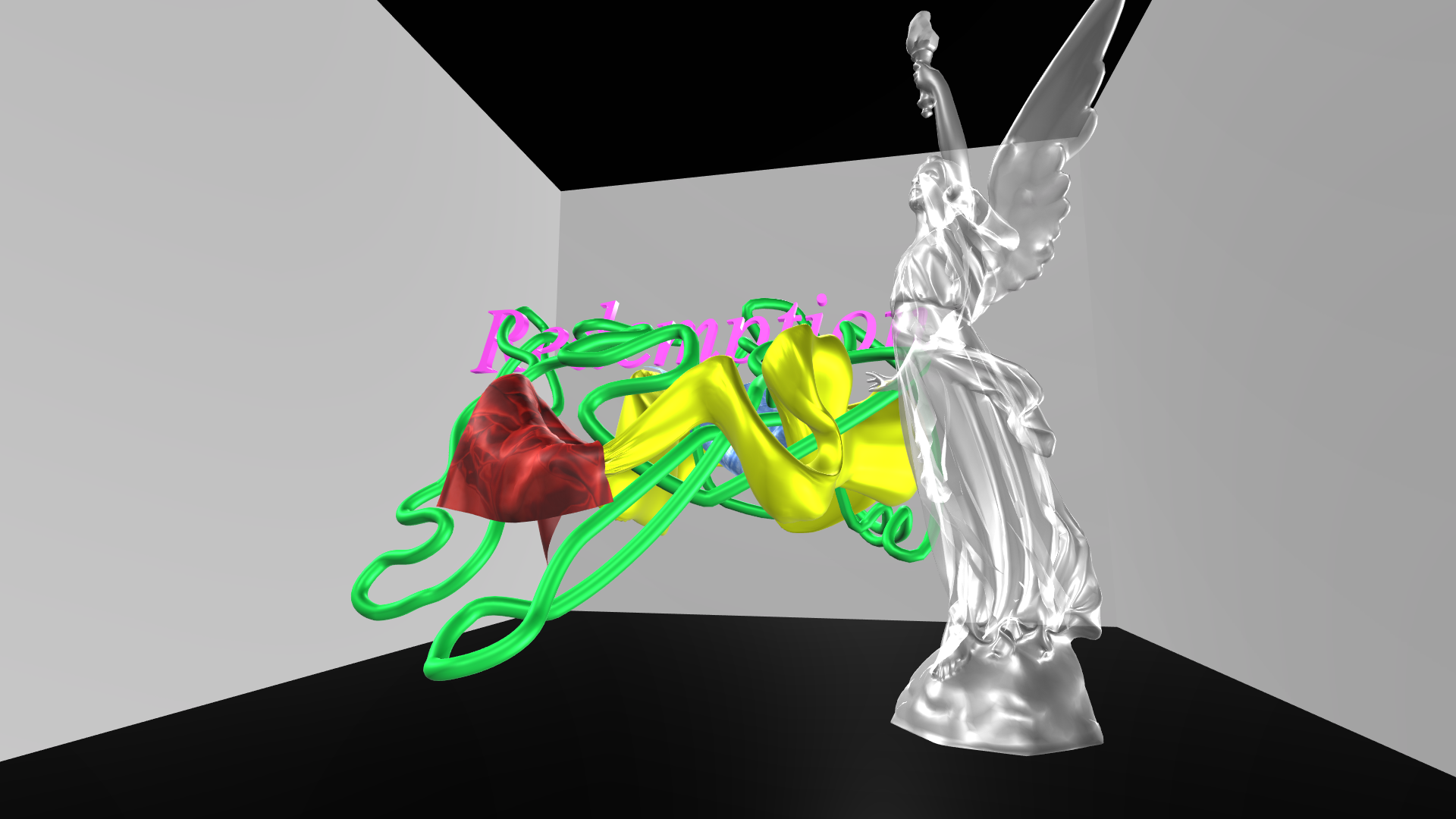 While living in LA, Zhu became increasingly cautious of the mechanisms underpinning the city’s art world, a far cry from the almost techno-utopianism of MoVA. “There’s not a very easy way to succeed in the strictly institutional fine arts if you’re not trying to fit into a market of creating what basically amounts to physical and psychologically decorative things for rich people,” they explain. “Underground art struggles a lot. It’s super small, it’s low-key, and there’s a lot of interpersonal relationships and friendships it’s built off of, which is beautiful in a way, but it’s also kind of sad that that’s what it’s limited to. This sort of tiny viewing.”

Since its initial release in 2016, MoVA has seen a subsequent iteration, MoVA II, with almost no input from Zhu. “That was probably the most exciting thing about it, people wanted to make it happen for themselves,” they say. And now, as bod [包家巷], Zhu is forging new connections, building on past networks, both online and physical, delving deep into their own sense of history. “Music has this very genuine relationship with people,” Zhu says. “Chords make people feel things.”

Read next: Unearthing the story behind Hyperdub’s celebration of video game music, Diggin’ in the Carts