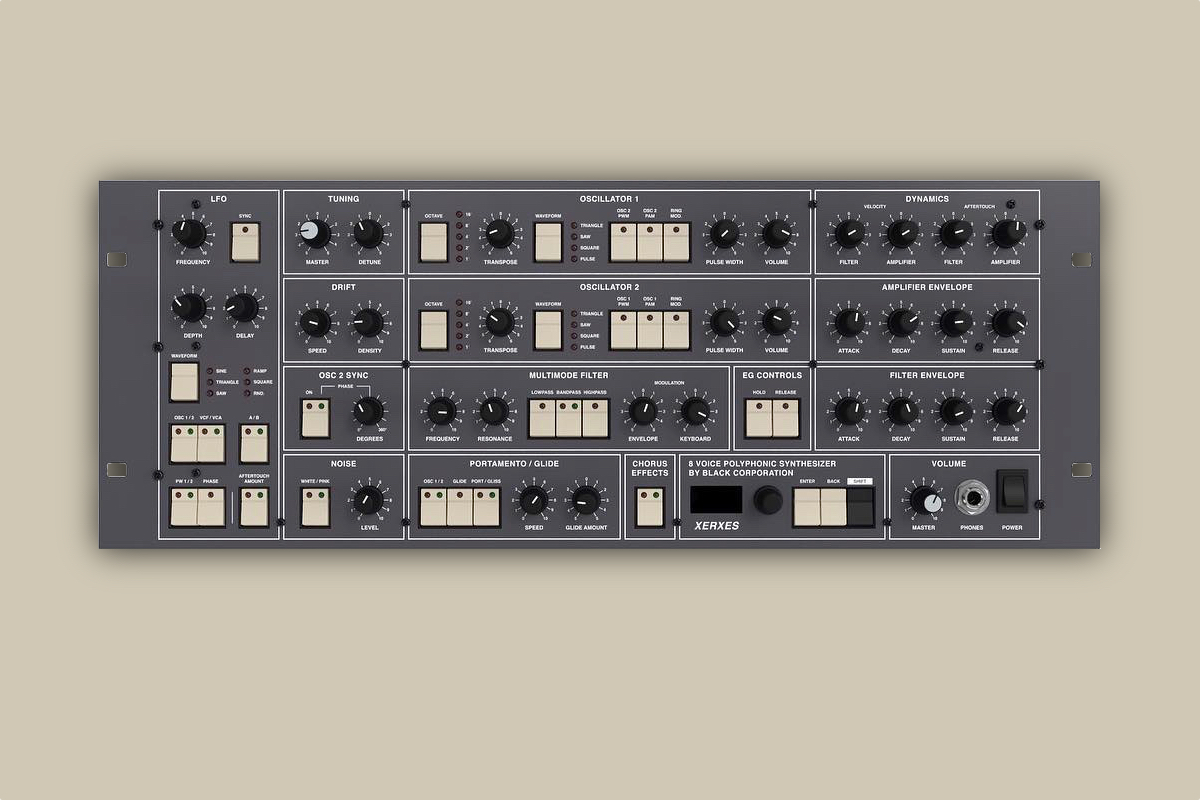 The synth appears to be inspired by the classic Elka Synthex instrument.

Black Corporation – the boutique company behind the Blade Runner-inspired Deckard’s Dream and recent Kijimi synths – has another classic instrument in its sights.

The Xerxes synth appears to be heavily inspired by the Elka Synthex, an Italian instrument that was manufactured between 1981 and 1985. Like the Synthex, the analog Xerxes has eight-voice polyphony and a two-oscillator architecture.

Black Corporation hasn’t revealed much more about the Xerxes yet, but will be posting more info and demos to its Instagram page “soon”. Deckard’s Dream costs $3,749 for a pre-built model.

Xerxes is the third synth from Black Corporation, whose Deckard’s Dream synth from 2017 is a clone of Yamaha’s CS80 synthesizer – the instrument used by Vangelis to write the Blade Runner soundtrack.

Earlier this year, Black Corporation announced the Kijimi, a synth based on another rare instrument from France – the RSF Polykobol. Watch video of that synth in action below.