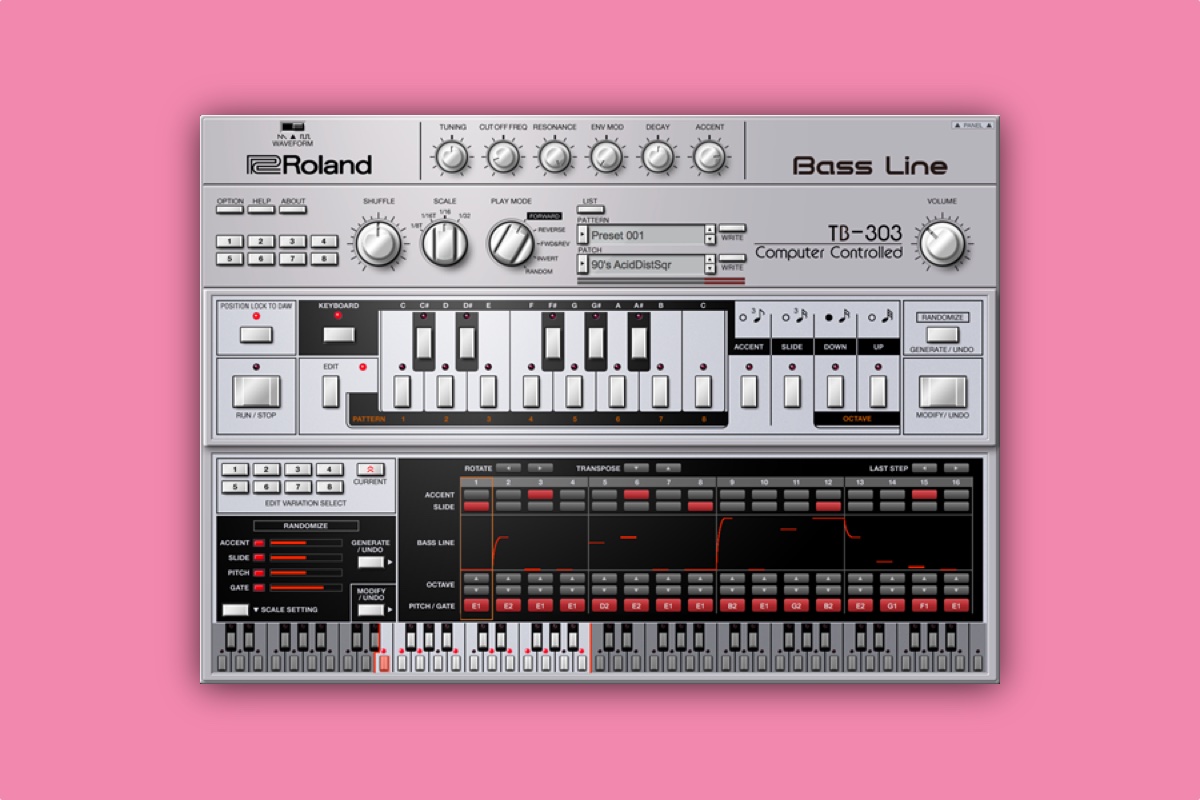 Roland has released an official VST version of its iconic TB-303 synth to mark 303 Day (otherwise known as March 3).

The TB-303 VST is now available through Roland’s software subscription service Roland Cloud, joining other classic instruments like the TR-808 drum machine and Jupiter-8 synth. Access to the 303 and all of Roland Cloud’s other instruments costs $19.95 a month.

As well as recreating all the original features of the 303, the new VST expands the synth’s functionality with an edit window featuring a visual interface and randomize function, new play modes and a “secret panel” with tone-coloring features including VCF trim and delay.

Roland’s original 303, which was released in 1981, was originally designed as an electronic substitute for the bass guitar. It failed spectacularly to live up to its intended function, but found new life as the machine responsible for the sound of acid house.

The company was reticent to reissue the device for decades, but in 2014 Roland bowed to pressure and gave it a contemporary remake as part of the AIRA line. In 2016, Roland released a smaller, more faithful version of the 303 as part of its Boutique range.

Last month, news emerged that the company had trademarked the designs of the 303 and 808 in Germany, presumably to protect its brand against the influx of clones produced by companies such as Behringer.