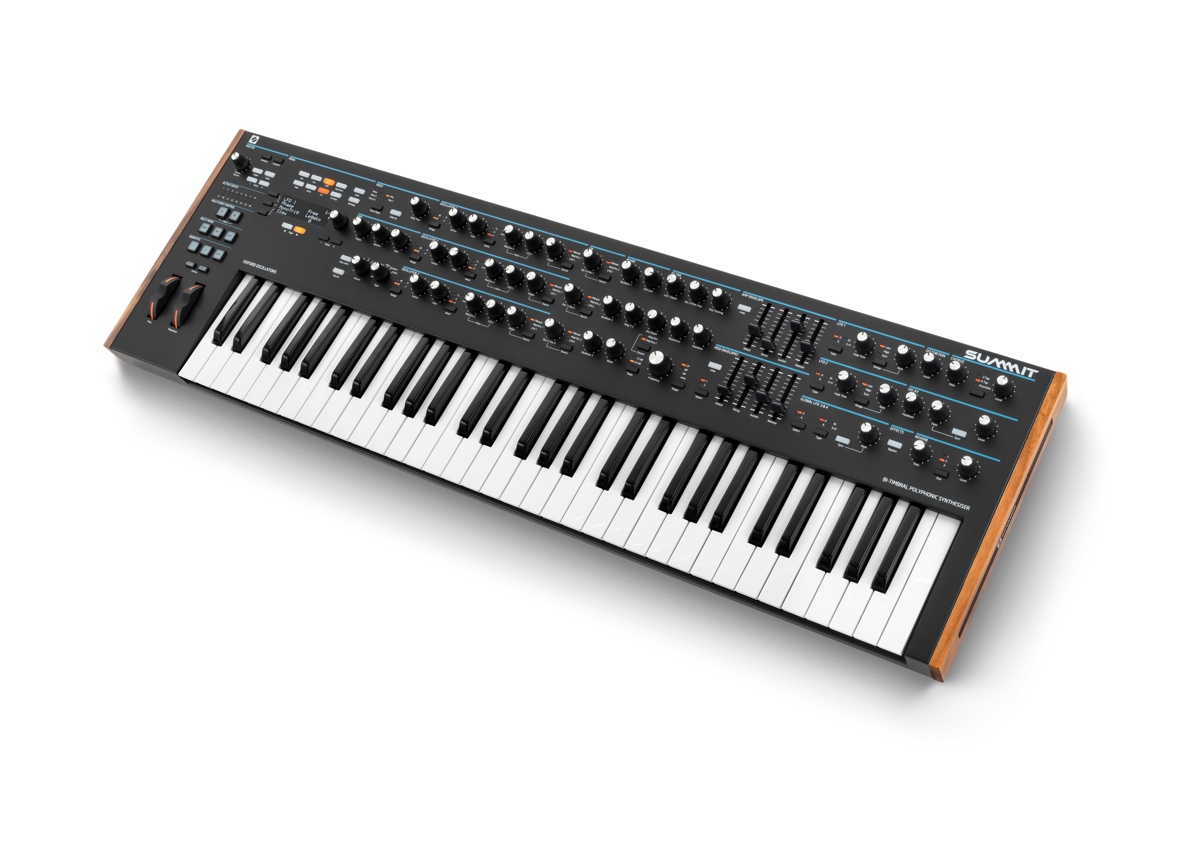 Novation’s new flagship instrument is like two synths in one.

Novation’s latest instrument is a keyboard polysynth that can run two independent patches at the same time.

Summit inherits the design and sound engine of Novation’s eight-voice Peak synth from 2017, but effectively adds a second Peak for 16 voices of polyphony and the ability to split two patches across the keyboard, layer or switch between them on the fly.

As with the Peak, Summit is based around Novation’s New Oxford Oscillators, which utilize a hybrid analog and digital design for generating analog waveforms as well as facilitating FM and wavetable synthesis.

Another key feature of the Peak making its way to the Summit is a 16-slot modulation matrix for advanced sound design. However, the Summit adds stereo inputs for sending external audio through the filter and effect sections, as well as extended front panel controls not found on the Peak. Summit’s semi-weighted keyboard is inherited from Novation’s recent SL MkIII MIDI controller.

Novation hasn’t released details on price and availability as yet, but it faces stiff competition from synths like Sequential’s Prophet Rev2, Behringer’s DeepMind 12 and Korg’s Prologue, all of which offer similar specs and their own unique selling points.

Read next: Novation Peak review – A luxury synth at a reasonable price