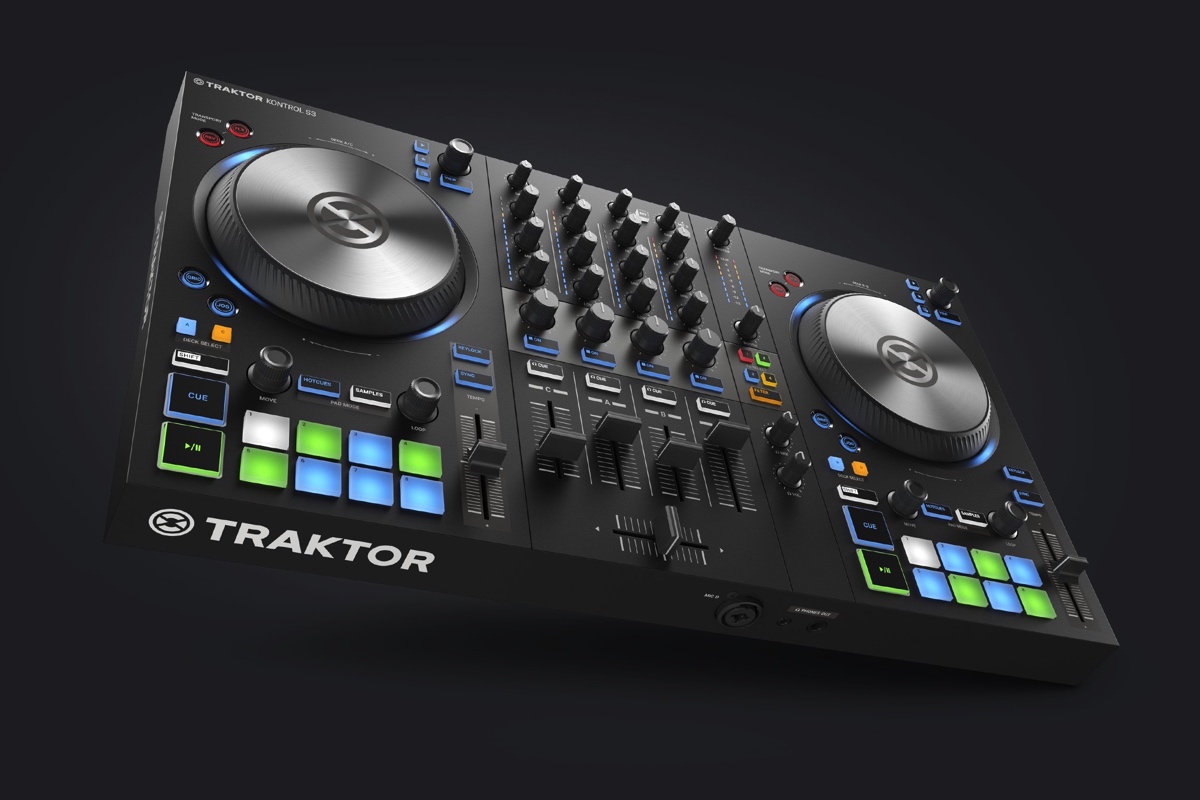 A new mid-range controller that sits between the S2 and S3 models.

NI is pitching the Traktor Kontrol S3 as a mid-range device for DJs who are ready to leave behind their entry-level two deck controllers and “break into the world of four-deck DJing” in bigger venues.

“From layering beats, to weaving in acapellas, performing with live vocalists and MCs, or playing back to back, the Traktor Kontrol S3 encourages flexible DJing that expands the boundaries of performance,” NI says.

The S3 inherits features from NI’s recent S2 and S4 controllers, including large jog wheels with light rings that give visual feedback on deck selection and track-end warnings, as well as extended pitch and channel faders.

The S3 has a four-channel mixer section with full EQ, filter and effects controls alongside two sets of eight RGB pads for triggering samples, loops and hotcues. It also includes an audio interface with a dynamic range “normally only seen on professional in-house club gear”.