On this episode of Primary Optics, filmed at Prague’s Lunchmeat Festival, NONOTAK speak to Fact about their inspirations and the technology behind their ambitious audio-visual performances.

NONOTAK is an audio-visual collaboration between illustrator Noémie Schipfer and musician Takami Nakamoto. Together they’ve been exploring space, sound and light across installations and live shows since 2011, appearing at festivals such as MUTEK, Sónar and Houston’s Day For Night.

The duo’s extensive catalogue of works focus on the interplay between Schipfer’s geometric patterns and Nakamoto’s sound design, brought to life by stunning projections and lighting, triggered with the aid of Ableton Live and Resolume.

“With NONOTAK, it’s more like drawing inside a space compared to when I was drawing on the paper or painting,” Schipfer says. Nakamoto, who is a former architect, approaches the creative process almost like the design of a structure.

“When I write music I always think about spaces or there’s always a sort of abstract vision going on in my head,” Nakamoto says, “and then I start to put colours or emotion in the idea I have and I start to think about what it could sound like.”

In this episode of Primary Optics, Fact met up with NONOTAK at the 2020 edition of Lunchmeat Festival in Prague, where they performed their stunning AV show Shiro, which took place in the city’s Divadio Archa. The duo spoke to us about their career, inspirations and the technology behind their ambitious audio-visual productions.

Sinai: Inside the UK’s most versatile sound system 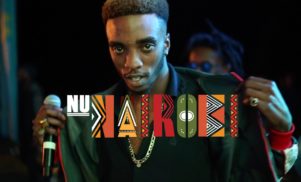