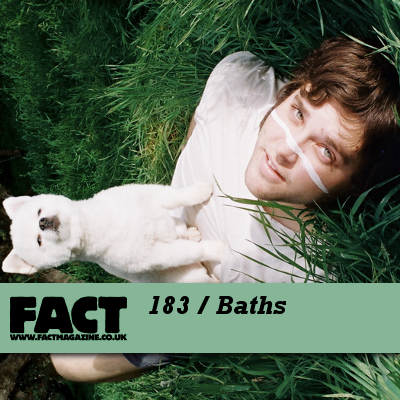 This Friday’s FACT mix comes from one of hip-hop’s great modern romantics, Baths.

Preoccupied with the childish, and recorded with a refreshing lack of self-awareness, Cerulean wasn’t without its flaws, but it’s one of the year’s most unique, welcome albums, and personally we can’t wait to see where Baths goes next. Lucky then that his mix for FACT features a batch of new, exclusive Baths productions, along with music from his more ambient-leaning Geotic project. In his own words, it’s a “mix for softer summers”, and it might have taken us until September to put it up, but it’s still sounding pretty perfect to us.