If FACT was GQ (we wish), and did a Man of the Year award, Clams Casino would be pretty near the top of 2011’s contenders.

The New Jersey producer was already making a name for himself on the strength of his rap beats for Lil B, Soulja Boy, Main Attrakionz and more, when at the start of this year he released a remarkable free instrumental mixtape. Turns out without vocals, Clams’ instrumentals – often lo-fi, cold, and haunted by female vocals stretched to breaking point – only shone that much brighter.

This week, Clams releases a new solo EP, Rainforest. Appropriately, it sees him move even further away from the straighter structures associated with most rap productions, and start to really hone a new sound; a clipped kind of Amazonian industrial. But, as page two’s interview with Clams will show, it’s all just beats to him.

While reading said interview, you can download his mix for FACT. It took a while to happen due to Clams’ computer dying, but it’s here now and we’re very excited to host it. No tracklist, but Gucci Mane, DMX and more feature. 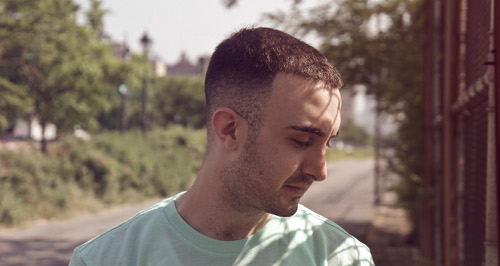 Did you manage to get your computer fixed?

“Nope. So far I haven’t been able to recover any of my files. But i got a new computer and new studio set up so I’m back to work.”

“It’s been great, off for the summer so I can finally focus more on music!”

Has medical work always been an interest?

“Nah, not always. I used to work as a personal trainer for a couple years before I started the therapy program, but I love it now.”

How do you approach music around your day? What is your timetable like, and how do you fit it in?

“I never have a steady schedule for getting in the studio, I just go in whenever I have time so it’s kind of all over the place. I’m used to it though, so it works for me. Today I was in there 7 to 11am, then again about 2:30 – 5pm working on a remix.”

Is there a particular mindset you put yourself in or does it just happen for you?

There’s a lot of focus on the youth of producers that are discovered. You’re 23, which is obviously still young, but you’ve been making beats for ten years or so. How was that period for you?

“Thanks man! Yeah, it was all about having fun, just experimenting. It’s really cool to think back on the stuff I used to make and to reflect on how it evolved without realising it. I wish I could find more of the older tracks I’ve done. They might pop up someday.”

How long do you think it’s taken to develop your sound and style? When did you start to make material you were happy with as something uniquely ‘you’?

“Within the last two years is when I could start hearing it all stick together and it really felt like my own. But it’s been a long time in the works and I can definitely hear the roots of things I’m doing now in beats that I made in ’01 or ’02.”

“Exactly, I had never heard of it.”

There are a lot of similarities stylistically in your tracks to those the label has showcased – exploration of slowed timbres and low bit-rate samples. However, you haven’t come from the same kind of scene, one associated for a large part with No Wave, synthwave, coldwave. Do you think this is a coincidence, or perhaps a generational thing? That maybe it is more to do with the technology than the music?

“I think it has more to do with what we listen to, we have similar influences. When I first started speaking to Robin, we talked about how it’s kinda funny how we make this type of music, but for the most part, our roots are in hip-hop and popular music. So nah, I actually don’t think it has to do with the technology.”

How do you think hip-hop is going to progress from this point?

“I think hip-hop is exciting right now. I don’t know what to expect and that’s what I love about it. I love how easy it is to make whatever you want, no rules, post it up online and get reactions from anybody all over the world instantly. It’s crazy to think about.”

How’s the pay been for you? Has there been any?

Sorry, that was probably rude of me to ask! I think people like myself just can’t really imagine you getting your deserved dues in a pretty aggressive music industry.

“[laughs] Oh no, no problem. I wasn’t get paid for anything up until only a few months ago. I knew it would come so I guess I just wasn’t stressing it too much though.

In another interview you stated “I go around everywhere and type my name in the comments to say that I produced them. I do that all the time.” Was this a joke, or do you actually do this?

“No, I really do that a lot! The last time I did was like less than a week ago [laughs]. I think a Lil B song on YouTube.”

What freaks you out the most about the position you’re currently in?

“It’s a little weird to think of myself as an ‘artist’ now, instead of a producer, which kind of happened on it’s own somehow. I like it though, I hope to stay in both worlds.”

Will this ‘artist’ status change the approach of your productions? Or will you continue as you are doing and divide up the output to what’s most suitable, e.g. instrumentals vs. ‘standalone’ productions?

“I don’t think it will make a huge difference in the process. I might be a little more conscious of leaving room for artists to do their thing instead of piling a lot into one track now, and save that for the stuff I definitely want to be heard as instrumental. I’m still kind of figuring it all out.”

These questions all seem a bit quickfire don’t they?