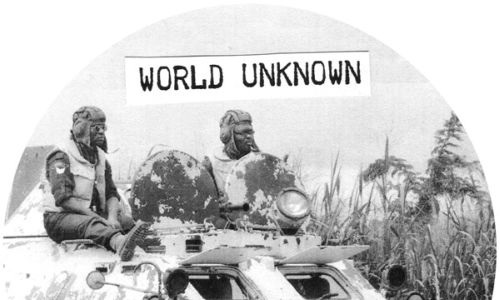 Side ‘w’ comes from Semtek (paired up with his own alter-ego Chardonnay), who runs UK label Don’t Be Afraid, and is an insistent throbbing piece of powerful psychedelia, fizzing heavily and topped off with some atmospheric doomy vocals. Side ‘u’ is by ’80s acid house producer Scott Fraser, a steadily chugging more laid back affair, but nevertheless coming with plenty of pounding dark disco drive. You can hear clips of both below, before World Unknown 5 is given a vinyl only release in mid-February.