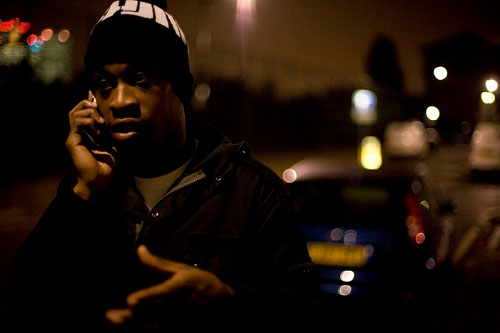 Trim has an eye for what’s hot. In spite of being around for a good while, the ex-Roll Deep member has a talent for taking himself in fresh directions: he’s kept himself aligned with the new school of grime (check his release on the Butterz label last year), as well as drawing on production talent from outside of grime, including young innovators Becoming Real and Damu.

The Bandoolou mixtape, with features from Nico Lindsay, Riko and Scorcher and others, was put out for free today with no real promotion to speak of. Productions come from the likes of Harmonic 313 (aka Mark Pritchard – see the pair’s collaboration on Planet Mu last year as Pritch & Trim), Rude Kid and Ballistiq. You can download it here.