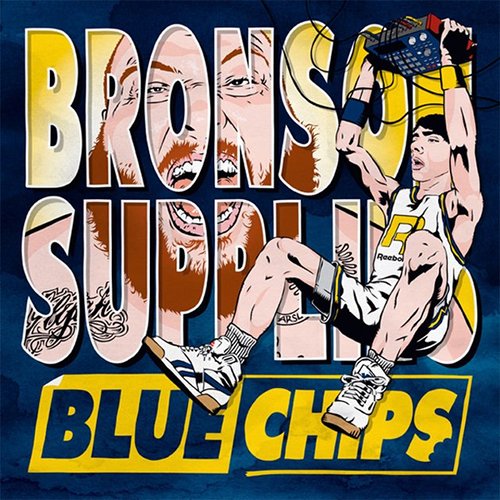 Rapid-fire spitter and jovial giant Action Bronson has clubbed up with Queens beatsmith Party Supplies for a free mixtape.

The 17-track Blue Chips is a fun and freewheeling listen. Bronson’s flow is manic, tight-throated and free-associative. It’s become de rigeur to draw parallels between Bronson and Ghostface – and yes, the resemblance remains as unmistakable as ever – but Bronson’s dexterity renders the comparison fairly inconsequential. Practically every line – “Only talk business when we sitting in a sauna”; “Shoes native, rock a husky as a headdress” – looks tricksy on paper, and sounds twice as convoluted on record. There are some tasty guest appearances too: Das Racist’s Kool A.D, sounding substantially more lackadaisical than usual, puts in a thoroughly enjoyable performance on ‘Arts & Leisure’.

As regards the beats, Party Supplies’ production is pretty throwback, a collection of dusty loops and splintered soul samples. None of the tracks here make a colossal impression, but there’s a screwiness that recalls the jollier ends of the Dangermouse catalogue. The tape’s title refers to athletes who are in contention to be snapped up by bigger teams. Blue Chips won’t send Bronson or Supplies zooming into rap’s big league, but it’s an accomplished and enjoyable LP that will enliven your Monday no end.

Blue Chips is available to stream over at Complex. You can also download it gratis here.