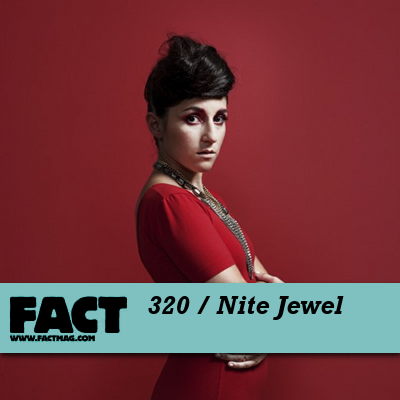 Ramona Gonzalez has come along the way since the release of her swooning debut, Good Evening, which was first released in 2010 on Gloriette Records, and seemed to herald a new wave of US female artists using modest technology to make bedroom pop with auteurist ambition.

A brace of svelte singles on Italians Do It Better followed, but for us it was the 2010 Gloriette EP Am I Real? that represented Gonzalez’s maturing as a writer and performer. Whilst still finding time to embark on collaborations with Dâm-Funk and Jason Grier, and remix Caribou, HEALTH and King Midas Sound, last year the LA-based artist went back into the studio with her husband and longtime collaborator C.M. Greif-Neill (a former member of Ariel Pink’s Haunted Graffiti who has also worked with the likes of Charlotte Gainsbourg, Stephen Malkmus and Julia Holter) to record her long-awaited second album.

One Second Of Love arrived earlier this month on Secretly Canadian, the Bloomington, IN indie stable that nurtured Antony & The Johnsons and Yeasayer among others, and it’s undoubtedly Nite Jewel’s most robust, refined and resonant statement to date. In the words of our recent review, it finds her shedding the retro-citational tendencies common to the scene she’s a part of – and undoubtedly prevalent in her own earlier work – in favour of a more agreeably earnest, leftfield pop sound. No more hiding behind pastiche: One Second Of Love is a play for the big-leagues.

All that said, FACT mix 320, compiled by Gonzalez with Cole MGN [Greif-Neill], makes clear Nite Jewel’s ongoing fascination with a certain strand of slick 1980s pop. They’ve subtitled Tepid But Tempting: a mix of AOR&B, and it’s dedicated to Whitemare. Stream/download it via the Soundcloud player, and find the tracklist below.