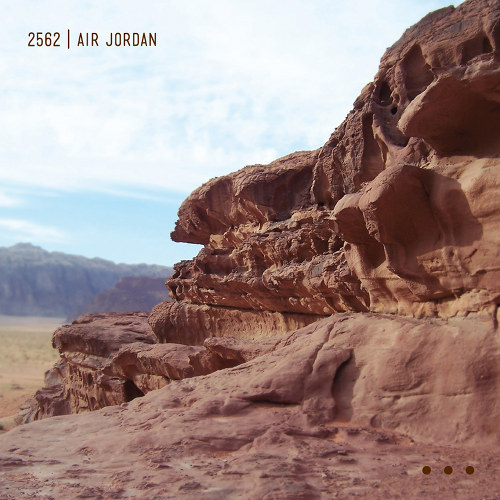 It’s almost possible to forget, these days, that Dave Huismans first came to our attention as a dubstep futurist.

Early releases under his 2562 guise pushed the dubstep/Berlin techno crossover to its logical conclusion, all greyscale synthetic textures and deep pools of reverb. But as A Made Up Sound (actually a more longstanding moniker), he’s since struck off into the nether regions of house, keeping up with the best of them in terms of ingenious structures and merciless rhythmic innovation.

Lately, though, it’s become more or less impossible to distinguish between the different aliases – as he switches nimbly between the two, it all ends up just sounding like Dave Huismans: unmistakable and instantly recognisable.

The Air Jordan EP sees Huismans return as 2562 for the first time since last year’s disco-collaging Fever LP. It’s similarly sample-based, though its source material – sounds recorded during a trip to the Hashemite Kingdom – pushes his trademark grooves into a darker, more spacious soundworld.

You can stream the EP, exclusively at FACT, below. It’s out on Huismans’ own When In Doubt label this week.