New tracks from Nicki Minaj and Cassie hit the web 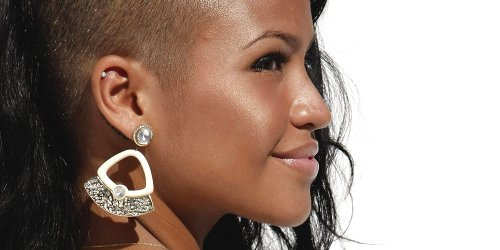 Fresh from the news of an official tracklist for Nicki Minaj’s sophomore album, another track from the record has leaked.

The latest cut from Pink Friday II: Roman Reloaded to see the dim lights of the Internet is ‘Right by the Side’, a collaboration with Chris Brown (along with Nas, Cam’ron, David Guetta, Rick Ross, 2 Chainz, Drake and more, one of countless stars that appear on the album). As a general rule Minaj’s album material has proved far soppier than the rough-neck mixtape material that she made her name on, but like the original Pink Friday‘s good moments, ‘By Your Side’ features a winning combination of pop sensibility and weirdness that’s unmistakably Minaj.

Someone else in the news of late is Cassie – the Bad Boy singer [above] recently returned with a new single, ‘King of Hearts’, and has just followed that by taking the hook on a new track by Machine Gun Kelly, ‘Warning Shot’. Remember her chat about wanting to work with Skrillex? Well ‘Warning Shot’ features a dubstep breakdown, so maybe that’s Cassie getting it out of her system. Fingers crossed.