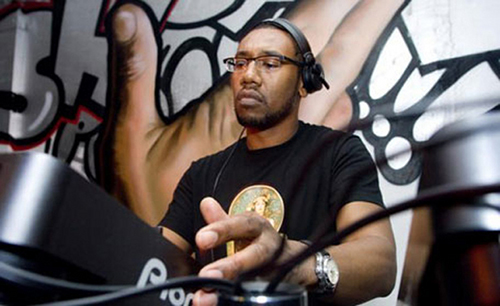 Many of UK Garage’s flash-in-the-pan producers have now moved on to the great Twice As Nice party in the sky. Wookie, however, is still representing the cause.

His soulful productions, posited somewhere between broken beat and garage, remain some of the best to emerge from the UKG scene. As Clash note, Wookie has pulled together a mix for FabricLive in preparation for his upcoming appearance at the Farringdon venue.

There’s some classic Wookie in the set, most notably his cyclical classic ‘Battle’. The hollow ‘Fairplay’ rerub also gestures to Wookie’s previous life as a producer in Soul II Soul’s studio. The 40 minute set veers from nostalgic to pounding. In the accompanying interview, Wookie confirms that a new single is on the way, and promises “niceness with drums & bass” from the upcoming Fabric turn.

Wookie appears at Fabric on Friday 30. Joining him will be DJ Hype, Scratch Perverts, Pascal and plenty more.