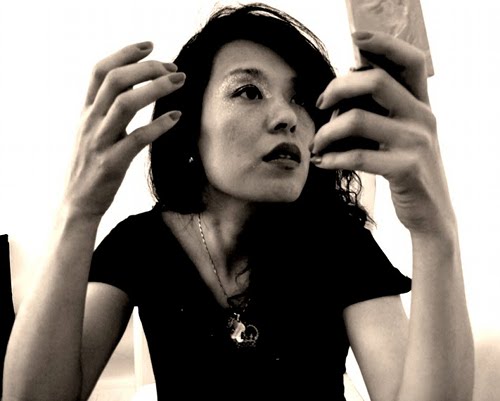 King Midas Sound’s resident chanteuse Kiki Hitomi has been experimenting with the art of the cover version for a while now.

Last year’s KMS remix album, Without You, saw Hitomi extemporising a new melody line over old track ‘Cool Out’: the result was essentially a vocal remix of her own band’s signature track. Her October 2011 mix for Dummy also saw her revoicing cuts by Hype Williams, Ricardo Villalobos and Death Grips. Hitomi has taken the approach a step further by prepping a free mixtape of slanted cover versions. ‘Old Man’, the first track from that set, sees Hitomi calling on the odd couple of Neil Young and Zomby.

Over Zomby’s rattling ‘Witch Hunt’ instrumental, Hitomi takes on Young’s 1972 classic. The original, of course, is a jaunty and strident affair: Young’s wispy voice sounds courageous and triumphal. In Hitomi’s wandering hands, the track becomes a much brittler affair. Hitomi’s voice is as Rizla-thin as Young’s, but her frailty reads as vulnerability, as fear. Zomby’s beat obviously lends itself to dread, but it’s Hitomi’s cracked vocal that really brings the creepy. More covers are set to emerge on a weekly basis – we look forward to see what Hitomi tackles next.