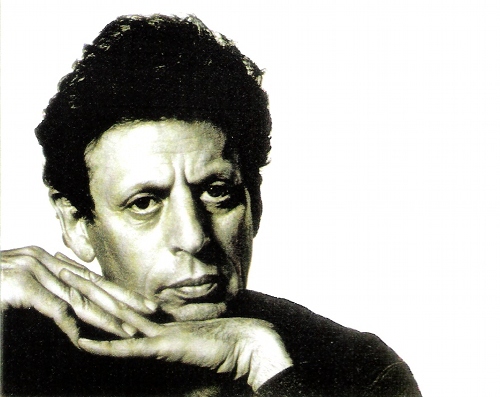 There are no shortage of admirers of Daniel Lopatin’s work as Oneohtrix Point Never. Not everyone, however, digs his astral synth-scapes. On the most recent edition of DJ/Rupture’s superlative Mudd Up show, Lopatin aired an unheard remix of Philip Glass’ 1982 Koyaanisqatsii OST. The track had originally been commissioned for a Beck-produced Glass remix album; on hearing Lopatin’s submission, Beck’s camp rejected the track as ‘not good enough’. The Fader have drawn attention to an interview with Lopatin where he describes the gestation of the remix:

“I was asked by the office of Beck Hansen to do a remix for Phillip Glass’ 75th birthday remix record. And I did it. And it got rejected. … And that’s fine, to be honest. But I thought I’d done a really good remix. I was pretty stoked, I thought that I’d done something worthwhile and they were flat out like, ‘No, this is not good enough’.

In contrast to the playful detournement seen on Replica, the Glass remix shows OPN in Rifts mode, all sepia tinted synth pads and the hydraulic hum of static. Lopatin throws in degraded tones, the chatter of satellites, analogue trills that almost sound like bagpipes. Things start off pretty and pensive, but gradually become more discordant as time passes. Lopatin’s synth tones, bright at the moment when finger hits key, slowly fade and disappear; the effect is like a retinal afterimage, an assemblage of half-remembered sounds. “Decide for yourself whether it’s any good” says Lopatin, with a hint of mischief. We urge you to do the same – but from where we’re standing, Mr Hanson needs his ears examined. You can listen to the track here.