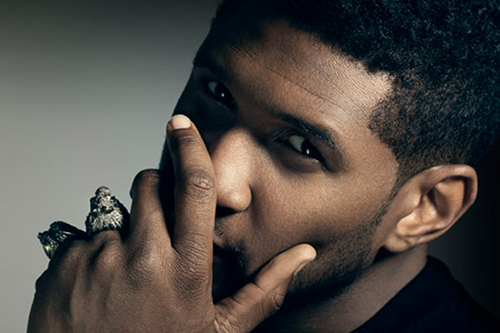 Every few months or so, the world of commercial R&B throws out a track that accumulates enough cross-commentator cachet to become a guiltless pleasure.

Usher’s latest track, the Diplo-produced ‘Climax’, seems to be this quarter’s frontrunner. A delicately coiled exercise in tension and release, the track sets Usher’s beautiful falsetto against a beat that tilts between coyness and melodrama. Playful UK Funky trio Funkystepz have given the track an overhaul, with predictably rewarding results.

Funkystepz’s repurposing jettisons the positive tension of the original in favour of something more immediate. Still, that’s not to say the revamped ‘Climax’ is straightforward. Things begin with a familiar Funkystepz drum pattern, all syncopated intervals and exotic drum pads. Those rumbling Jacques Greene synths, pretty much everywhere at the minute, growl away in the background. Come the chorus, UKF gives way to UKG – a glossy and airy melody yoked to pitter-patter drum programming. There are even hints of New Jack Swing around the 3:30 mark, which is an unexpected bonus. Plus: nobody uses a production tag to better effect than Funkystepz. Rather than disrupting the track, the shout-outs become hooks in their own right, signposting the drops like a sort of rhythmic punctuation. ‘LoveShy’, maybe, but this cut is anything but bashful.