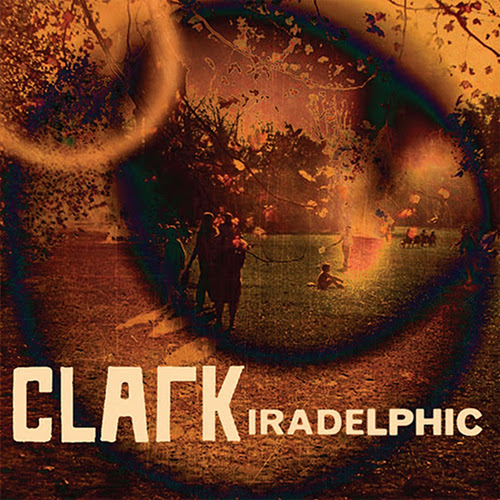 Clark is pretty much part of the furniture at Warp Records now. His music, however, rarely stays in the same place for too long.

Clark’s last few LPs have each seen the producer experimenting with different moods. 2008’s Turning Dragon centred around abrasive buzzsaw synths and the screeches of machinery. In turn, 2009 LP Totems Flare saw Clark introducing his own voice into the mix.

As Warp report, Clark will also be broadcasting his live show for the Boiler Room on March 29. The transmission, organised by Boiler Room, will run from 20:00 (CEST). Other acts on the bill include Kuedo, Addison Groove, Emeka, and DJ N>E>D.

Iradelphic is due on April 2, courtesy of Warp Records. The album also comes with a psychedelic sleeve from Ghost Box founder Julian House.