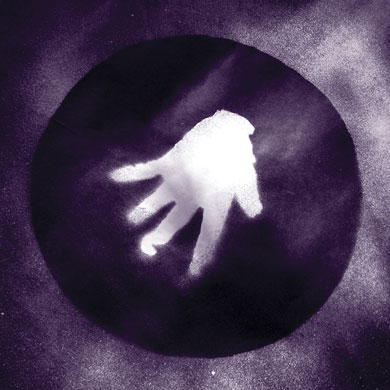 Interdimensional Transmissions, a label originally launched in Detroit, in 1995, is now back.

Helmed by the band Ectomorph, and designed as a “reaction to DBX, Basic Channel, Rob Hood, Sähkö and Drexciya [referenced in the below track]”, Interdimensional continued to release music until 2008, when they packed things in for a brief hiatus.

That hiatus, it seems, is now over: Interdimensional returned last year with ‘Credit Card’, a collaboration between Ectomorph member BMG and Liquid Liquid’s Sal. Their latest record also comes from BMG, this time in cahoots with Derek Plaslaiko. It’s called ‘Is Your Mother Home?’ and features a spoken word lead that should make even fans of Ambivalent’s ‘R U OK’ curl up their toes. We’re premiering the video below; the single is out on April 10.

Update: More on the video – “it was created by dvdan, a video artist who worked in the formative early 90s years of the Detroit Techno scene with artists like Carl Craig, and Richie Hawtin, creating the first video for Plastikman with Sigma 6, which he co-founded.

It’s “produced with a new methodology based on techniques used to produce music, and was recorded in a single take. The method involves real-time, analog and digital sound-driven animation using discrete systems for each instrument. Rather than attempting to create a traditional visual narrative, each part of the visual directly relates to the sounds within the song”.