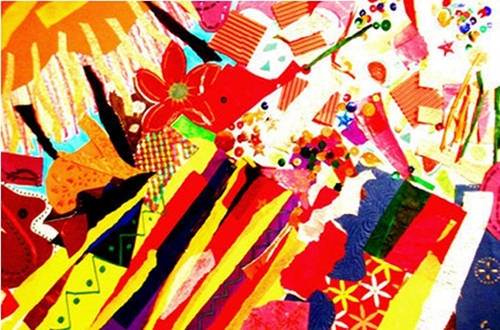 Brian d’Souza is one of dance music’s most committed globetrotters; you can practically hear the air miles racking up as you listen to his music.

Under his Auntie Flo moniker, the Glaswegian turns out hybrid house that nods to cumbia, afro-beat, kuduro and beyond. His Goan Highlife EP, tribal and sun-flecked, won over Caribou, Ricardo Villalobos and Gilles Peterson. His singles have done big business as well: last year’s ‘Oh My Days’ offered an ethnocentric take on UK Funky, and got support from the likes of Joy O.

d’Souza now has a new mini album in the works, titled Future Rhythm Machine. As the trailer demonstrates, it’s a veritable carnival of sound: plucked strings and thumb pianos compete with steely house beats, and singers Marmacita and Esa Williams throw some soul into the mix.

Flo’s obviously a thoughtful fellow. The writings of Kodwo Eshun and Kode9 are reportedly key influences on the record: “Kodwo Eshun talks about the ‘futurhythmachine’ where he disputes the western futurist pre-occupation with noise in favour of rhythm – it is the rhythm machine which joins the dots between all music of the black atlantic from Afrobeat and Highlife to Techno, Soul and Hip Hop…When I listen to African music i hear new rhythms, new possiblities and a glimpse into another world.”

Future Rhythm Machine is due on Huntleys And Palmers in May. You can listen to snips from the record below.