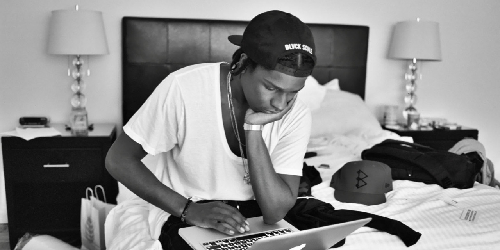 ‘Goldie’ is the first offering from A$AP Rocky’s upcoming debut album, LONGLIVEA$AP, with a track courtesy of Hit Boy, producer of Jay-Z and Kanye West’s “Niggas In Paris”. While we can’t imagine this beat will get anyone hyped up enough to hear it performed a dozen times consecutively (and Rocky’s deep-screwed gun talk chorus won’t be spawning multiple catch phrases, either), it does strike a nice balance between loose skip and tough march.

Rocky can hold his own, but kind of gets lost within. The A$AP Mob leader streamlines what he did on attention-grabbing tracks like ‘Purple Swag’ and ‘Peso’, but also loses much of the points of interest those tracks had in the first place. We’ll wait to see if, given his new work with star producers such as Hit Boy and Swizz Beatz, he can finally take his work to the world at large.

Take a listen to the new cut below.