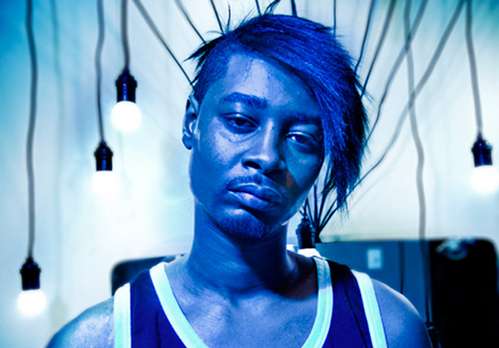 Grime’s most unhinged producer meets the reigning king of freewheeling hip-hop? We’ll have some of what they’re having.

If you’ve heard ‘Next Hype’ or ‘Cherryade’, you know the drill: detuned pipe organs, neck-snap beats, volume levels that fall somewhere between ear-splitting and bone-dissolving. Brown’s unhinged intonation has some of the tinder-box unpredictability of UK grime MCs. He begs the girls to “shake your ass for a hipster nigga”, and pronounces the word “pills” like a lunatic who’s neglected to take them. Not every rapper would survive amidst Darq E Freaker’s Sturm und Drang, but Brown shines where more languid voices might come unstuck.

There is something of a disjunction between Brown’s Detroit drawl and the video’s Enter The Void journey through South London. Then again, it points towards the globalism – the voracious assimilation of influences – going on at the more adventurous ends of contemporary hip-hop. Brown shouts out the A$AP and Green Ova crews in the track, and it’s a timely reminder that hip-hop has rarely been so venturesome. Darq E Freaker might stick to a familiar formula, but there’s plenty of life in this old bulldog yet.