Bandshell makes his Hessle Audio debut with an EP of crawling, flattened techno 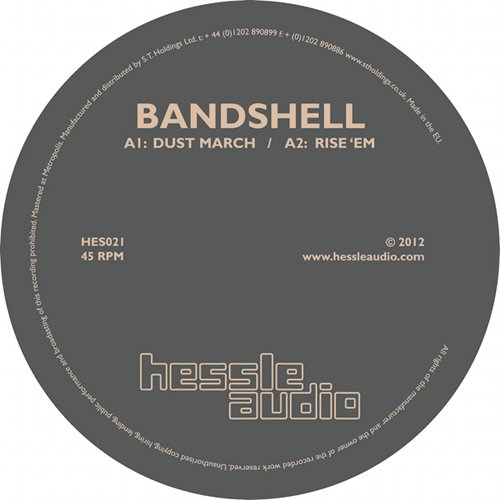 In a recent interview with Bristol producer Kowton, he talks about how techno music can be at its best when “excruciatingly slow”.

The lead track from stand-out once-dubstep label Hessle Audio’s new release is exactly that. The record is a four-track EP by Bandshell, an artist whose past material we’ve enjoyed in the FACT office in the past (and wrote about here, in fact), and ‘Dust March’ crawls along at an extraordinarily staggered pace. It almost feels like it’s being flattened out by a rolling pin, spreading out rather than moving in any sort of tangible path. Yes, Actress and STL are probably obvious reference points for Bandshell, but ‘Dust March’ definitely has its own thing going on. The rolling ‘Rise Em’ nods to past Hessle releases by Untold and Blawan, while despite moving at a swifter pace than ‘Dust March’, third track ‘Metzger’ is still pretty restrained.

Of course, these are just short clips – for all we know, closing track ‘Dog Sweater’ (samples from that Wiley Christmas set will never get old) might end up full on gabba. But Bandshell’s record, from the audio we have below, sounds like one of the most unique, hard-to-classify things that Hessle have put out yet, and we’re eager to see how DJs use it in their sets. Stream audio below.