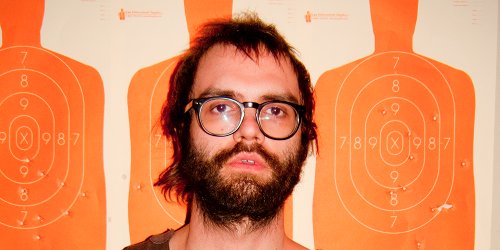 With Salem having popped up again recently through Rotterdam Terror Corp’s recent remix, Stalker has resurfaced too.

Having been hotly tipped for his nauseous, sketch-like tracks during the height of Witch House-mania, he switched direction abruptly on his remix of ‘White Chords’, taking a clean but nasty New Wave approach.

He returns with a remix for electronic pop outfit :PAPERCUTZ, sounding similar to US counterparts Light Asylum as he does so. While parts are, to be honest, a bit too chart radio/film trailer epic and staying quite firmly in the “drag” territory, its creeping, viscously fluid structure does pull you along through some decidedly strange production techniques and creative choices. While not quite as mad as his Becoming Real remix, it is still a reminder of someone to keep an ear on.

You can download his remix of :PAPERCUTZ’s Florence-esque ‘Rivers’ here and stream the original below.