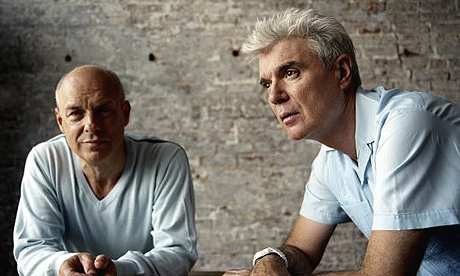 A previously unheard demo version of Brian Eno and David Byrne’s classic My Life in the Bush of Ghosts has been made available to download.

My Wall of Tapes [via Stool Pigeon] have posted the demo, apparently obtained from Byrne himself when the blog’s writer stayed with the Talking Heads singer in 1981. As he explains, “the final release differed a lot from this tape, because he used quotes from the quoran [sic] in this version, which he had to replace later.”

“I recorded it today to wave, using a ION tape 2 go cassette player, and using Audacity in ripping it to my desktop. so there are just the two sides of the cassette, i did not stop for tracks, you can do it yourself please refer to the scan of the cassette cover [below] for the relevant info.”

Released in 1981, My Life in the Bush of Ghosts remains one of the decade’s most ahead-of-its-time records, indulging in hip-hop rhythms, electronica and more. 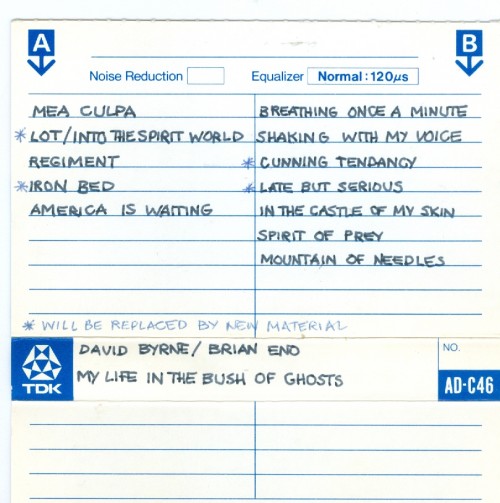