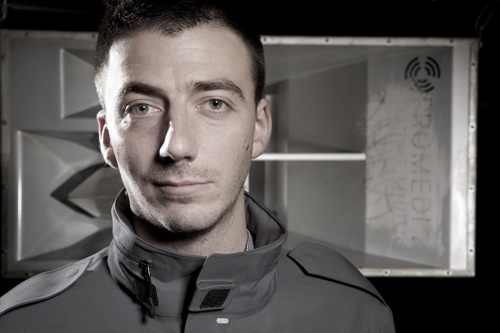 Untold seems to be making good on his promise to supply “rough and ready club tracks” throughout the year.

Change In A Dynamic Environment dropped in April, featuring sinister cut ‘Motion The Dance’ and the labyrinthine ‘Luminous’.  As Playground note, Pt. 2 in the series is now streaming in full on Dummy‘s Soundcloud. The single will feature two new tracks, ‘Caslon’ and “Breathe’; as ever with Jack Dunning’s work, they’re cerebral affairs offset by a tough streak.

‘Caslon’ is a hydraulic stomper that wouldn’t sound out of place on Perc Trax. Acid house meets industrial and metal collides with metal over its eight minutes. ‘Breathe’ is a much airier affair, a liquid house number flecked with Oriental flourishes and watercolour textures.

Change In A Dynamic Environment Pt. 2 is due on Hemlock on June 25. A third instalment will arrive later in the year.