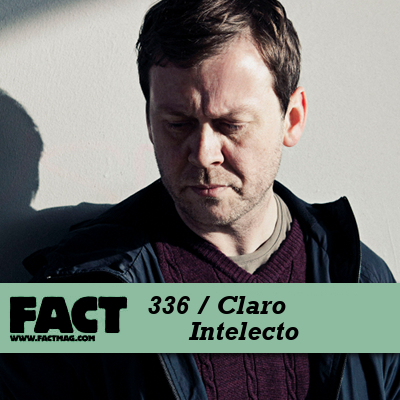 This week’s FACT mix is a very special session from Claro Intelecto, focussed entirely on his own productions.

Claro is the nom de guerre of Manchester’s Mark Stewart, a force for good in techno ever since his the release of his debut EP, Peace Of Mind. 2004 saw the release of the sinuous electro LP Neurofibro on Ai Records, before a long stint at the Modern Love camp that culminated in an out-and-out classic, 2008’s Metanarrative. Deservedly counted among FACT’s 100 Best Albums of the 2000s, Metanarrative was a beautifully realised work, and a reminder that techno was not only a valid but, in the right hands, the perfect language for personal, emotive storytelling.

Of course, for all his poise, patience and pensiveness within the album format, Stewart is no slouch when it comes to serving the dance either – his series of Warehouse Sessions 12″s, released 2005-2008, demonstrated his talent for creating stripped-down, dub-bruised club techno at its most potent. Meanwhile his Second Blood EP and new album Reform Club, both recently released on Amsterdam’s Delsin Records, impress on both fronts, delivering kinetic dancefloor thrills and passages of deep introspection in equal measure.

Claro Intelecto’s FACT mix is made up of three parts – a radio-style segment comprised of tracks played in full; a live mix from Berlin’s Panorama Bar; and a closing ambient section. It’s a treat for those of us who’ve been following Stewart’s sound with pleasure over the last decade, but it’s also a perfect and well-rounded introduction to newcomers or the less familiar.

There’s not much more we can add: simply enjoy this session from one of British techno’s modern masters, and one of its most modest.