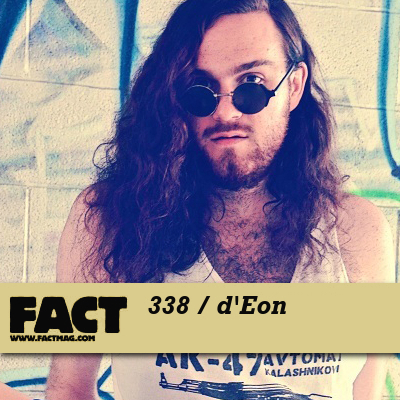 King Midas Sound, EVOL – look, some people just go the extra mile with these mixes, and d’Eon is one of them.

Let’s backtrack. d’Eon was one of the first artists signed to America’s Hippos in Tanks colony (sometime home of Hype Williams, Laurel Halo, James Ferraro, Autre ne Veut and more), and released his debut EP, Palinopsia, for the label in 2010. It wasn’t a perfect record, by any means, but as FACT’s Steve Shaw pointed out in his review, it showcased “a very promising songwriter, with the surprising ability to inject angular funkiness into every offer on the release … d’Eon could definitely benefit from a bigger-budget production environment to follow a grander vision”.

Since then, d’Eon really has stepped it up with every release. On last year’s Darkbloom he more than held his own on a split EP with Montreal hype magnet Grimes, while the Music for Keyboards sets, released for free earlier this year, were every bit as bewildering and beautiful as his debut album proper from this June. And now we have d’Eon’s FACT mix – for most intents and purposes, a new d’Eon album (at least in the same sense that the Music for Keyboards collections were).

It comprises an hour of original, unheard d’Eon songs, taking in sweltering Indian-inspired melodies, paranoid drum machine experiments, bursts of rave piano, sweeping pieces of Aphex-esque ambience, and tons of MIDI flutes (you know there’d be flutes). Is it perfect? No, but then would you want it to be? It’s another hour of music from one of the underground’s most unique minds, and it’s something to be cherished. Download it below. 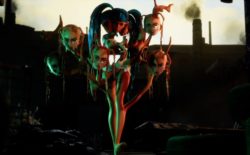