Lopez’s ‘Balham Tandoori’ gets a lovely remix from LV 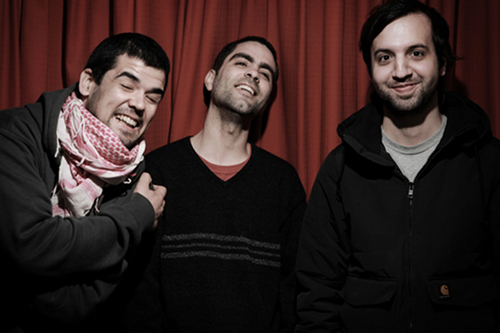 There are quite a few surface similarities between Lopez and LV.

Both groups are made up of three producers apiece; both work under initials (Lopez having masqueraded as LPZ in recent months); and both have an interest in crunchy beat-programming and quirky sampling. After LV (London-based) and Lopez (Paraguayan) met in a radio studio, Will from LV was reportedly enamoured with the latter’s ‘Balham Tandoori’. His take is now available to stream in full.

You can see why LV were attracted to Lopez’s original: ‘Balham Tandoori’ has the same brittle phonics and impish quality that makes much of LV’s work so beguiling. LV’s take only augments the exoticism of the original. The harmonium synths are set to ‘wheeze’, and the percussion programming hits like the splatter of raindrops. It’s around the 1.30 mark, however, when the track really comes into its own, blossoming into the sort of digital melancholia that Darkstar used to do such a natty line-in. Hot stuff, indeed.

‘Balham Tandoori’ is available on August 6.