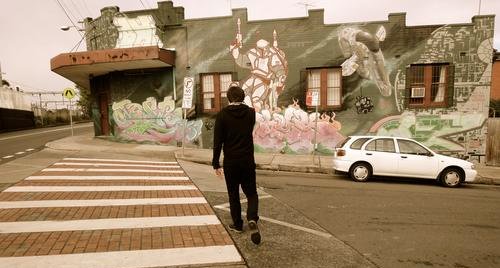 Dro Carey dons the Tuff Sherm alias for another song that doesn’t fit cleanly in his oeuvre.

Like the previously released ‘Clowner,’ the (unfortunately-titled) ‘Horror Toilet’ grinds in a dark corner of techno. The rubbery bass blasts and synth squeals would fit on his Tussin Underwater EP, but the cinematic strings and straight-ahead beat would not.

Stream the track on Dro Carey’s Brain So Soft tumblr, and take this opportunity to re-visit his phenomenal FACT mix.