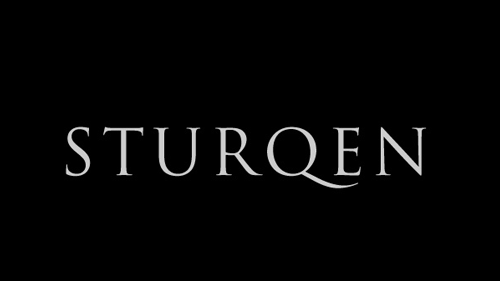 Portugeuse duo Sturqen, made up of David Arantes and César Rodrigues, recently grabbed a nomination for Best New Artist at Paris’ Qwartz Electronic Music Awards. Since the tail-end of the last decade, the pair have produced striking, visceral dance productions with a clear debt to industrial music. 2009’s Piranha and 2011’s Praga, both released on Kvitnu, set the dour tone, and the pair continued their endeavours with this year’s Raia release. The duo have recently uploaded a new track, clocked by Darkfloor, onto the web, and it’s a blinder.

Just about every element in ‘Toxinas’ is calibrated to get neck-hairs standing to attention. The controlled explosion kick drums, the dentist drill counterpoints, the ‘Machine Gun’ filters, the flirtation with power electronics in the closing seconds…this is high-impact and hard wearing stuff. Sturqen, however, deal in carrots as well as sticks, and there’s a compelling liquid breakbeat rolling along underneath all the chaos. Even if it’s not for the faint of heart, it’s a great piece of cannily assembled brutality. Kiss the concrète.