Listen to an archival mix from Norway’s Sex Tags camp 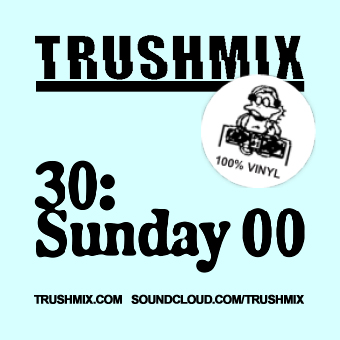 Their releases – running the gamut from cracked analogue house and techno through to woozy, lo-fi dub – tend to appear unexpectedly, in limited vinyl-only runs, often through their own excellently named web shop and an odd assortment of other outlets. Blink and you’ll miss ‘em, but that hasn’t stopped the crew from gaining a legion of connoisseur admirers, Omar-S and Ben UFO among them.

The Bergen-based Trushmix series is an arm of the extended Sex Tags family, hosting mixes from label founder DJ Sotofett and affiliates DJ Fett Burger, L.A. Morillo and Don Papa, as well as a range of like minded selectors – you can download the whole series from their Soundcloud.

Trushmix 30 is an archival affair, apparently ripped from a cassette recorded in Bergen, some time in 2004/05, by unnamed members of the Sex Tags crew. It’s a bumpin’ affair, drawing for precisely the kind kind of warm, idiosyncratic house you’d expect from these guys. You can stream ‘Sunday 00’ below.