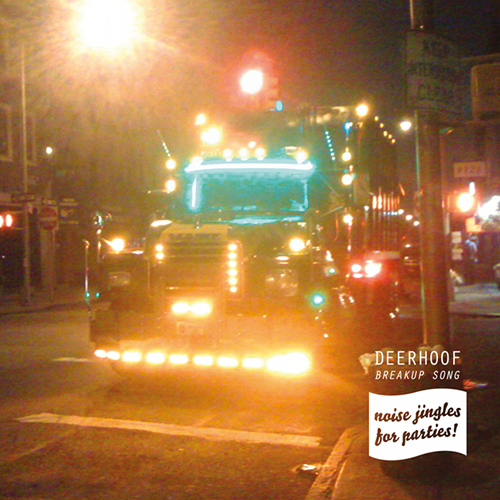 Deerhoof have always exploited the thin, permeable membrane between the charmingly saccharine and the bracingly angular.

The title of the band’s latest LP, Breakup Song, may suggest a bias towards the former, but the first full track to emerge from the record suggests that they’re still quixotically walking that tightrope.

As we reported a little while ago, the band’s drummer Greg Saunier described the new LP as “a sensational record of Cuban-flavored party-noise-energy music”. We couldn’t think of a better way to describe ‘The Trouble With Candyhands’ ourselves, and we’re paid to do this. Satomi Matsuzaki’s sing-song melodies are also – as always – fiendishly catchy, so be warned: you’ll be coming back to this one a few times.

Breakup Song is due out on ATP Recordings on September 24.