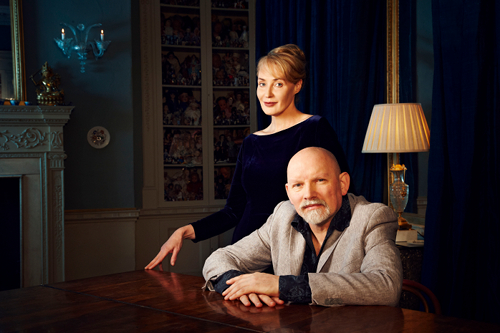 Dead Can Dance release Anastasis, their first album in 16 years, on August 9.

FACT is streaming the album in its entirety for the week leading up to release – listen via the Soundcloud player below. It’s been a long wait for fans of the Australian duo, whose classic albums for 4AD in the 1980s and ’90s constitute one of the era’s most unique and engrossing bodies of work.

“Ultimately what we wanted to do was to preserve the essence of how music gives you a sense of wanting to stay alive,” Lisa Gerrard told FACT last month when asked about their ambitions for the album. “How it gives you a capacity to look inside yourself or get excited about other cultures and cross-cultural dispossession….and all these things that music seems to have this innate power to do.

Long-time fans will be pleased to hear that the album is every bit as lavish and grandly romantic as the likes of The Serpent’s Egg and Within The Dying Realm. Perry’s voice is a deeper, richer and more subtle instrument than ever before, and Perry has really grown into the oaky croon he’s sung with since he was a young man. Opener ‘Children Of The Sun’ and the soaring, orchestral ‘Return Of The She-King’ are, for us, the highlights of what is an extraordinary LP indeed.

For more information on the album and the various special formats in which it’s being released, visit deadcandance.com.