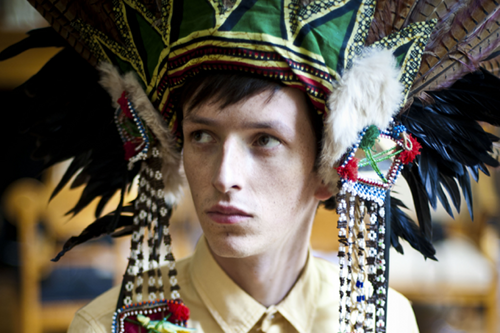 The headdressed producer turns over his regretful ballad to a diverse group of remixers. Zinc’s remix marches to a beefy bassline, while the previously-revealed remix by Lil Silva shines with trance flourishes. Rounding out the set are a mellow house rinse by Mano Le Tough and a diametrically opposed d’n’b take by Enei; Zed’s Dead turns in some measured dubstep, as well.

‘Household Goods’ is off of this summer’s Trouble. The remixes will be released August 20 (August 13 on Beatport). Stream the remixes below.